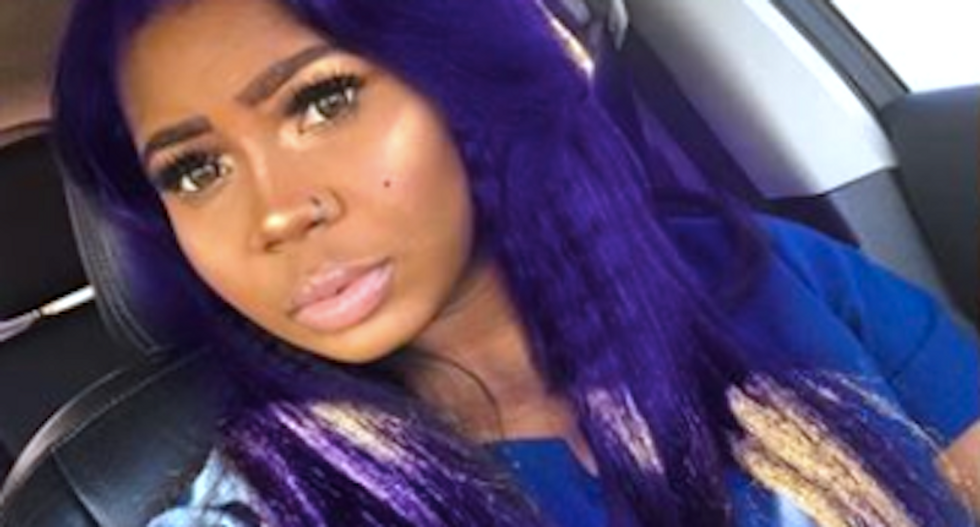 A Tennessee nurse says a sheriff's deputy racially profiled her as suspicious after she went into a white woman's home to care for her.

Stephanie Dash works as a home health nurse, and a Williamson County sheriff's deputy questioned her after she went to a patient's home last week in Franklin, reported the Tennessean.

The deputy peeked through a window after she arrived, and the patient asked Dash, who is black, to answer the door to speak with her.

"The patient told her I was her home health nurse," Dash said. "But the deputy told my patient that they got a call about a suspicious person in the area. I then showed her my nursing bag."

The deputy, whom she identified as Rhonda Casillas, still wasn't convinced, so Dash walked with the deputy out to her car to show an identification badge from Amedisys Home Health Nashville.

"My patient again confirmed that I was suppose to be there," Dash told WSMV-TV. "I had nursing equipment my work bag with my company logo on it. I had on scrubs and everything stethoscope hanging from my neck, she still was not convinced."

Dash then called her supervisor to verify that she was an employee -- but Casillas again questioned the patient and stayed at the home until the nurse left.

"She continued to interrogate my patient, and asking if she was sure that she knew me," Dash said. "At that point, I just went back to the car. The officer backed out of the driveway and put it in park, and waited until after I left."

Dash posted about the incident on Facebook and identified the deputy from a business card she'd left behind with the patient, and the nurse filed a complaint with the sheriff's department after leaving multiple voicemails about the incident.

"The company she works for has filed a report," said Sharon Puckett, a spokeswoman for the Williamson County Sheriff's Department. "We are investigating and working to determine if there is audio or video from the call. The deputy was answering a suspicious person call after someone in the neighborhood reported seeing someone going from house to house."

Casillas remains on patrol while the incident is investigated, the spokeswoman said.

A spokeswoman for Amedisys said the agency stands behind Dash, who considers the incident a case of "nursing while black."

"I was shocked, and she’s been our patient for a while," Dash said. "She usually sees a white nurse. If one nurse gets booked, we help each other out. As many times as the other nurse has been, she’s never had police called on her."