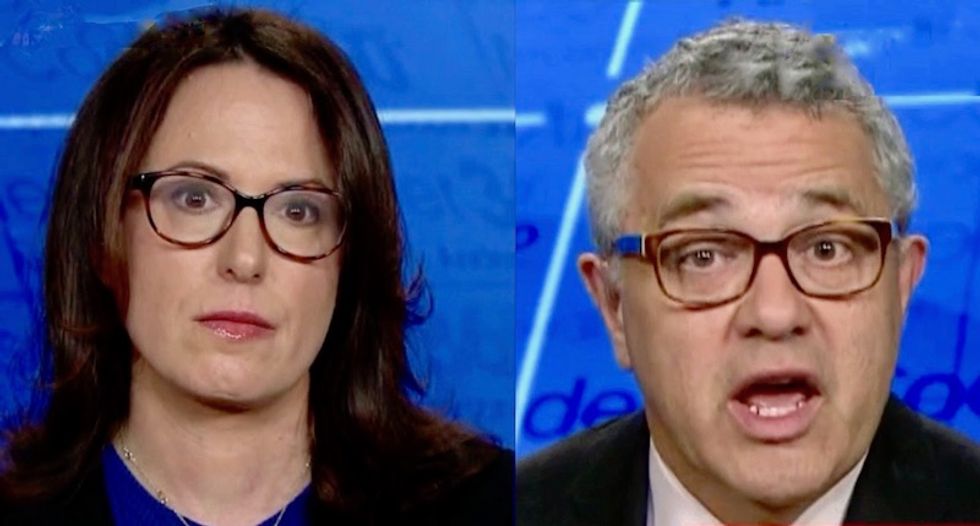 On Friday, CNN reported that President Donald Trump "lashed out" at his acting attorney general, Matt Whitaker, when he failed to stop damaging revelations from emerging in the plea deal made by Trump’s former personal attorney, Michael Cohen.

"Does he not understand the DOJ's independence, or does he not care?" asked Sciutto.

"I can't read his mind. But having just covered him for a while, I believe he doesn't care," said Haberman. "My colleague Mike Schmidt at the time had amazing reporting about the president demanding, where is my Roy Cohn? Referring to his personal fixer. That's what he expected the attorney general to be like."

Trump views previous attorney generals as having performed this service, she said.

"He will often say, JFK had Bobby Kennedy and Obama had [Eric] Holder and he believes that is what an attorney general is doing. He believes that's what they did in those cases and that's what someone should be doing for him. That's not to say that he's accurate in that description of previous presidents. But that's how he views it. I say something and everything else should follow from it. He does not believe in separation of powers... and he's a 72-year-old man, who is not going to change how he does things."

"Look at who he made attorney general. Matt Whitaker is a completely undistinguished lawyer, someone who in ordinary circumstances would never be even in contention to be attorney general," Toobin said. "But what does Donald Trump know about him? He was here on CNN and elsewhere... denouncing Robert Mueller. That was his whole qualification for this job."

Part of the issue is that Trump now believes he knows how to be president, Haberman said.

"He believes he has a better sense of what this job is," she said. "He never likes the coverage. And what he particularly didn't like about the coverage related to [former Defense Secretary Jim] Mattis and any of the other generals that were there was the narrative that they were the adult supervision. He always hated that narrative."