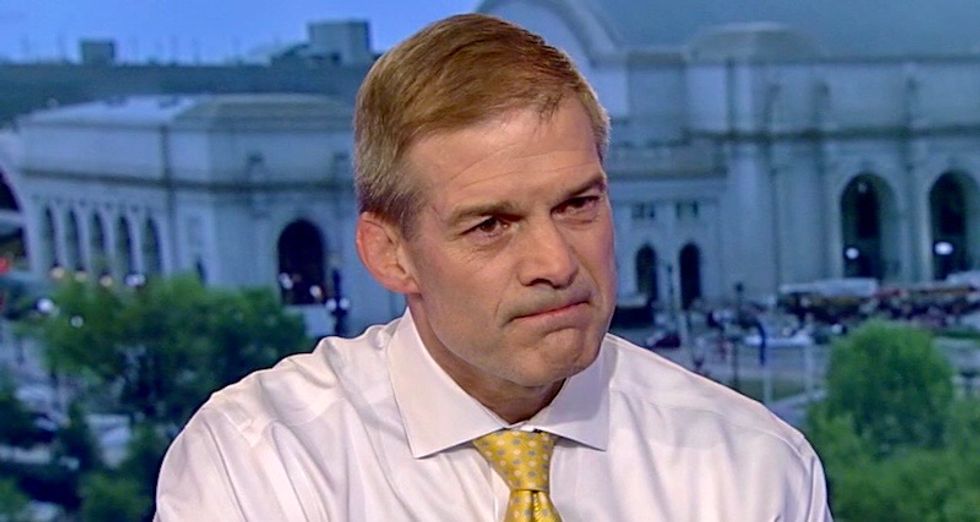 With a government shutdown looming because President Donald Trump is demanding Congress fund his border wall, one outgoing Republican lawmaker is saying the hardliner Freedom Caucus is aligning with the president despite knowing his influence -- and theirs -- is slipping away.

Freedom Caucus founding member Rep. Jim Jordan (R-OH) raged on the floor of the House about the inability to allocate the funds to build the border wall, claiming it will never happen under incoming House Speaker Nancy Pelosi (D-CA).

According to Politico, House Freedom Caucus Chairman Mark Meadows (R-NC) spoke with Trump on Thursday and told him to stick to his guns and  refuse to sign a government funding bill -- even a temporary one -- in order to get what he wants.

With Trump telling GOP leadership, "I’m OK with a shutdown,” the fiscal hawks got their way. But according to Rep. Carlos Curbelo (R-FL) -- who was defeated in the 2016 midterm "blue wave" and subsequently criticized by Trump for not embracing his policies -- their victory will be fleeting and it is the "last gasp' of a group losing influence in Congress.

Speaking with Politico Curbelo said more "centrists" are needed to "put the brakes on this car and turns it around,” adding “it’s only going to get worse.”

As for the Freedom Caucus, he accused them of being unpatriotic and more interested in power.

Unfortunately, some people around here put their career and their positions of power above the interests of the institution and the country,” the Florida Republican explained. “And until that changes, until we have statesmen and states women, this will continue going on.”

He also addressed Meadow's pride in the shutdown.

“Our Freedom Caucus colleagues, they probably know that their relevance is going to be completely diminished next Congress, so this is kind of like a last gasp," he said before warning, "But we know how this ends.”