'Putin has parts of Trump's body in a vice grip': MSNBC's Ruhle mocks president for bowing to Kremlin's every wish 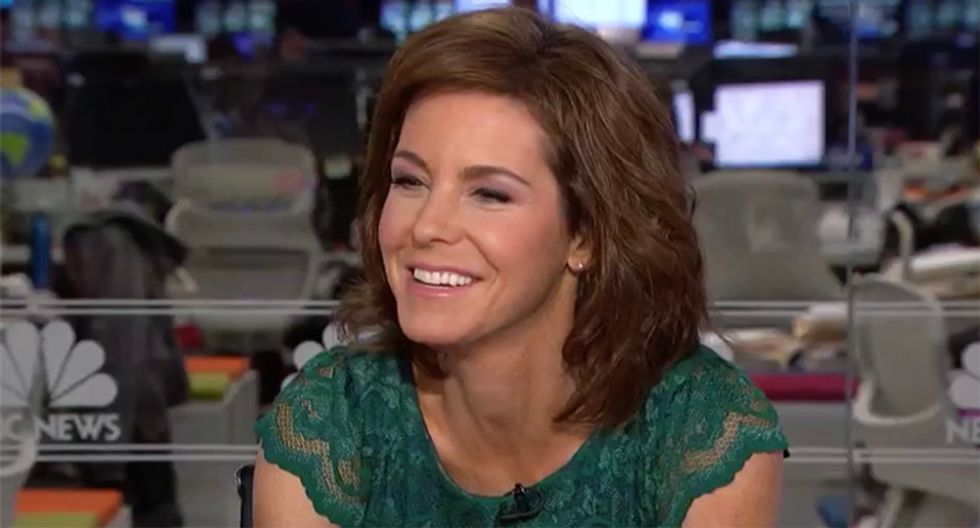 Attempting to puzzle out why president Donald Trump is abruptly pulling U.S troops out of Syria, much to the delight of both ISIS and Russia, MSNBC 's Stephanie Ruhle made a crude reference to President Vladimir Putin having a certain part of Trump in a "vice grip."

Prior to a deep dive into the implications of the U.S. abandoning the war-torn country and paving the way for a resurgence of ISIS, host Ruhle read from Putin tweets praising Trump for the decision that has angered many Republicans.

Conservative  New York Times columnist Bret Stephens offered, "They're uncorking the vodka in Moscow, they would be uncorking spirits in Tehran if they did, but they don't."

He then quipped, "I said yesterday, this should be called MAGA: Make Assad Great Again."

After Stephens ticked off the reasons why  Trump's decision will be disastrous for the entire region, host Ruhle jumped in again after a guest claimed, "He made the decision by the seat of his pants."

"He has said that he makes decisions based on his gut, not other people's heads. And his gut is tied in knots, because his boss Vladimir Putin has other parts of his body in a vice grip," Ruhle declared to laughs from her panel.

Realizing what she had just inferred, Ruhle added, "I didn't say anything offensive, I could have been talking about his big toe, you don't know," while her guests continued to laugh.

You can watch the video below MSNBC: