'Reality is catching up with this president' -- and he can no longer deny the walls are caving in: NYT reporter 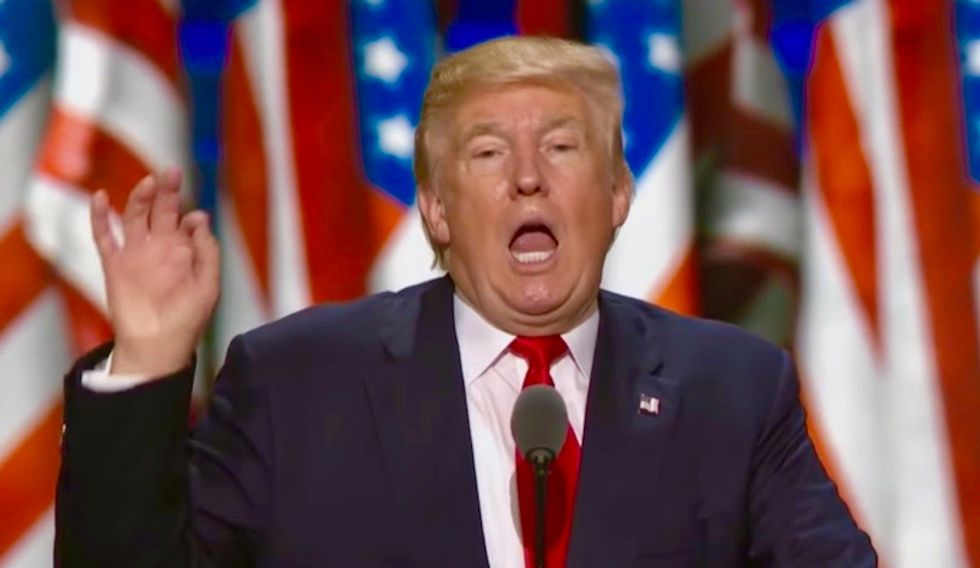 New York Times reporter Maggie Haberman on Thursday told CNN that President Donald Trump's fantasy land where he can pretend everything about his presidency is wonderful is coming to an end.

Talking about the blowback Trump has received from many Republicans and even some members of his own administration about his abrupt decision to withdraw American forces from Syria, Haberman said that for years he has gotten away with making impulsive and ill-informed policy pronouncements, only to quietly walk them back shortly after.

However, this won't fly when it comes to a decision as momentous as troop withdrawal, Haberman said.

"Not everything can be done as an, 'Oops! I'm just going to undo this,'" she said. "Even if he did that, it just creates such a sense of instability about the U.S. government with our allies."

Haberman then pointed out that Trump has been able to fool his own supporters into thinking that he's building a wall, that won't work on a global stage with foreign governments.

"Reality is catching up with this president, who has done a great deal over two years of trying to create his own version of reality," she said. "Objective reality is beginning to outweigh that."