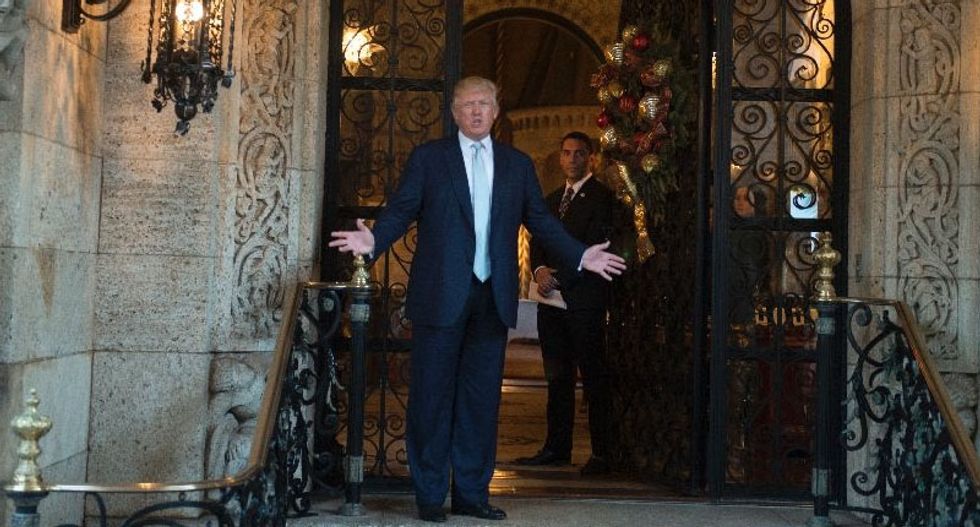 A new batch of emails obtained by Pro Publica show that three members of President Donald Trump's Mar-a-Lago resort are influencing contract and budget decisions at the Department of Veterans Affairs -- despite being completely unqualified to do so.

The emails show that the three Mar-a-Lago members -- Marvel Entertainment chairman Ike Perlmutter, West Palm Beach physician Bruce Moskowitz and lawyer Marc Sherman -- were involved in "some of the agency’s most consequential matters, most notably a multibillion-dollar effort to overhaul electronic health records for millions of veterans," Pro Publica writes.

According to Pro Publica, the trio reviewed a draft of a $10 billion contract to overhaul the VA's electronic medical records system, and they were listed among 40 different outside "experts" consulted for the contract despite lacking "any relevant expertise."

Additionally, the emails show that Moskowitz used his position as an adviser to get the VA to adopt his mobile medical app, even though IT officials at the VA said that the app had serious functionality problems. In fact, one email shows that a VA IT official believed that "some of the code needs to be refactored and even rebuilt" for the app to work properly.

Moskowitz even recruited his son, Aaron Moskowitz, to pitch the benefits of the app during a conference between the VA and Apple CEO Tim Cook. Apple experts similarly pushed back on Moskowitz's mobile app and said that "the national databases needed to make the app accurate didn’t exist," Pro Publica writes.