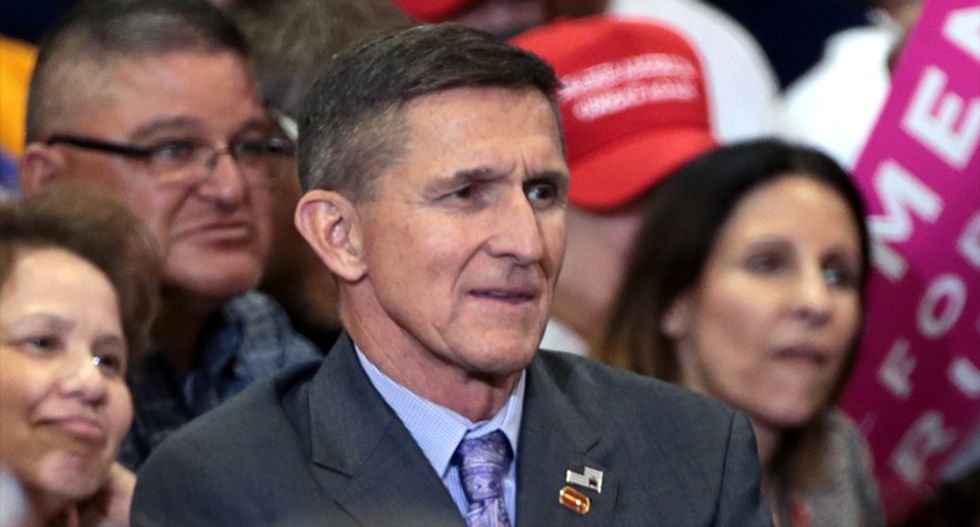 Prosecutors suggested no prison time after 19 interviews with Flynn.

"The defendant has assisted with several ongoing investigations: a criminal investigation [redacted], the Special Counsel's Office's ("SCO") investigation concerning any links or coordination between the Russian government and individuals associated with the campaign of President Donald J. Trump, [redacted]."

Flynn pleaded guilty to "willfully and knowingly" make "fictitious and fraudulent statements" to the Federal Bureau of Investigation to cover-up meeting with then-Russian ambassador Sergey Kislyak.

The memo said prosecutors can't reveal the extent of his cooperation because "the investigations in which he has provided assistance are ongoing."

"The defendant has also assisted with the SCO investigation concerning links or coordination between the Russian government and individuals associated with the Trump campaign," it read.

Not just the campaign, but Trump's transition.

"The defendant provided firsthand information about the content and context of interactions between the transition team and Russian government officials," it noted. "For example, after the election, the defendant communicated with the Russian ambassador to the United States on two sensitive matters: a United Nations Security Council vote on a resolution calling for Israel to cease settlement activities in Palestinian territory and the Obama Administration's imposition of sanctions and other measures on Russia for interfering in the 2016 elections."

"Several senior members of the transition team publicly repeated false information conveyed to them by the defendant about communications between him and the Russian ambassador regarding the sanctions," it continued.

The filing occurred after the special counsel had on four times occasions asked the judge allow them more time for Flynn to cooperate with federal investigators.

"The defendant began providing information to the government not long after the government first sought his cooperation," Mueller noted. "His early cooperation was particularly valuable because he was one of the few people with long-term and firsthand insight regarding events and issues under investigation by the SCO."

"Additionally, the defendant's decision to plead guilty and cooperate likely affected the decisions of related firsthand witnesses to be forthcoming with the SCO and cooperate.

The sentencing memo was "respectfully submitted" by special counsel Mueller himself.