A shocking Mueller prediction from a top legal analyst at Fox News: Trump Jr. is going to be indicted 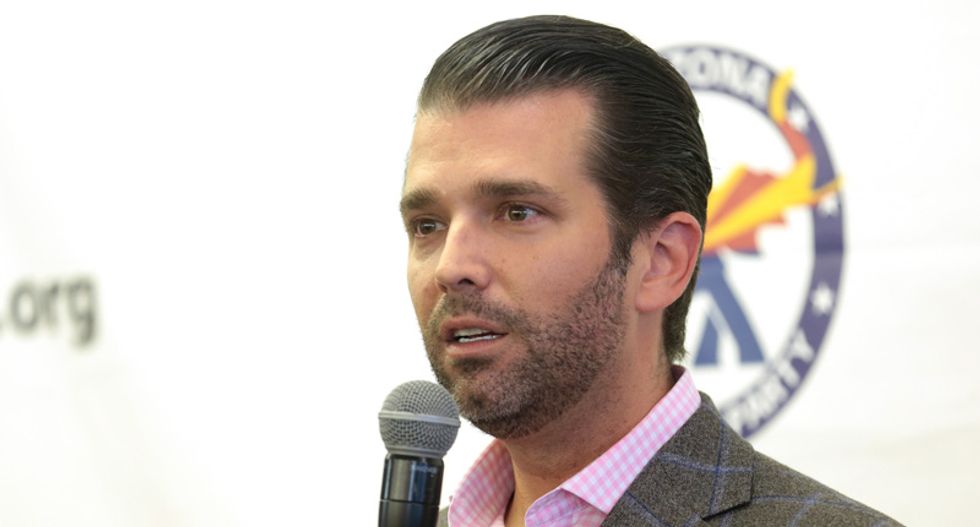 "It's a huge deal not for what's in there, but for what is redacted," Napolitano, a libertarian whose longtime friendship with Trump has not stopped him from criticizing the president, explained to Abrams.

"What is also significant is that Flynn became a cooperating witness a long time ago and the independent counsel, the special counsel reflects that, that he was present almost at the creation of our investigation and was able to guide us in certain areas. I have an idea what that other area may be because last week when Michael Cohen pleaded guilty, and we all in the media went crazy about it, something else that happened that nobody really paid much attention to. And that was a raid on the headquarters of Deutsche Bank in Germany gathering the loan documents for the past twenty years. Who was the principal financier of the Trump Organization for the past twenty years? Deutsche Bank."

After adding that he is unsure that there is a define connection between the raid of Deutsche Bank and the Trump-Russia scandal, he said that in his opinion, "the president himself should be extremely uncomfortable about this not for his son or son-in-law as much as for himself."

At that point, Abrams asked whether he thought there would be indictments of people in Trump's circle.

"Yes. I don't know who, but I do know that Donald Jr. has told friends that he expects to be indicted," Napolitano told Abrams. He added that although he expects Donald Trump Jr. to be indicted, as well as Jerome Corsi, he's not sure about Jared Kushner or Roger Stone. Trump Jr. is the president's son and Kushner is his son-in-law, while Corsi is a notorious right-wing conspiracy theorist and Stone is a political hatchet man who is alleged to have ties to Russia himself.

He hinted at as much back in August on Fox News:

Napolitano wasn't the only major American commentator who remarked on the number of redactions from the Mueller memo on Flynn. Rep. Adam Schiff, D-Calif., who is the Ranking Member of the House Intelligence Committee, tweeted earlier this week that "the recommendation of no jail time for Flynn, apart from its obvious irony for the man who led chants of 'lock her up,' reflects both the timeliness and significance of his help. That most of the details are redacted signals he has given far more than we or the President may know."