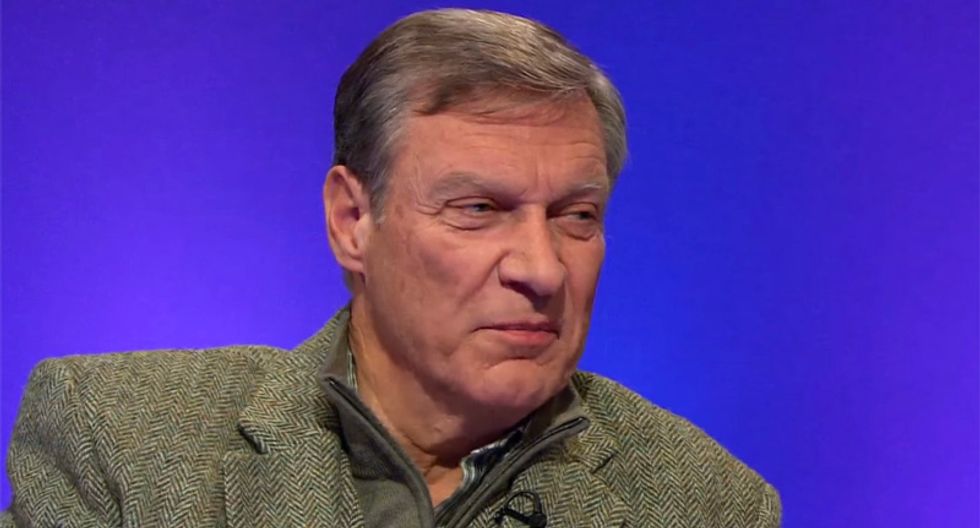 According to the Guardian, an adviser to President Donald Trump has drawn scrutiny from investigators working for special counsel Robert Mueller over his alleged ties to Kremlin-backed media outlet Russia Today (RT).

The report states that Ted Malloch, a London-based American academic linked to Brexit's Nigel Farage and who has described himself as a "policy wonk and defender of Trump," has been asked about his frequent appearances on RT, which has been called a Russian propaganda outlet by U.S. intelligence officials.

According to conservative gadfly Jerome Corsi, who has his own legal problems with Mueller's probe, Mallach confided in him that he has been questioned by investigator's looking into Russian collusion in the 2016 election.

The report states that discussions with Malloch are potentially linked to RT's involvement -- including visits -- with Wikileaks founder Julian Assange.

The Guardian reports, " RT staff met and interviewed Assange on the same day – 2 August 2016 – that Roger Stone, the self-described 'dirty trickster' and longtime Trump associate who had previously bragged about having special access to WikiLeaks, was passed information about Assange’s plans," before noting the timing could be coincidental.

According to the report timeline, "Stone emailed Corsi on 31 July 2016 to say Malloch, a mutual friend of theirs who was in London, 'should see Assange.' Corsi has said that he forwarded Malloch a message from Stone explaining that Stone wanted to 'get the pending WikiLeaks emails'."

The report states that investigators are looking at Malloch's relationship with RT reporter Afshin Rattansi on whose show he has appeared five times.

"Assange told an RT reporter during an interview at the embassy that he would be releasing emails that contained information relating to the Clinton Foundation. Assange’s interview with the RT reporter Afshin Rattansi was not broadcast publicly until several days later, on 6 August," The Guardian reports.

Previously Malloch claimed he was detained by the FBI and questioned.

According to the report, Malloch has refused to comment on the allegations or if he is under scrutiny.

You can watch Malloch defending President Trump below: