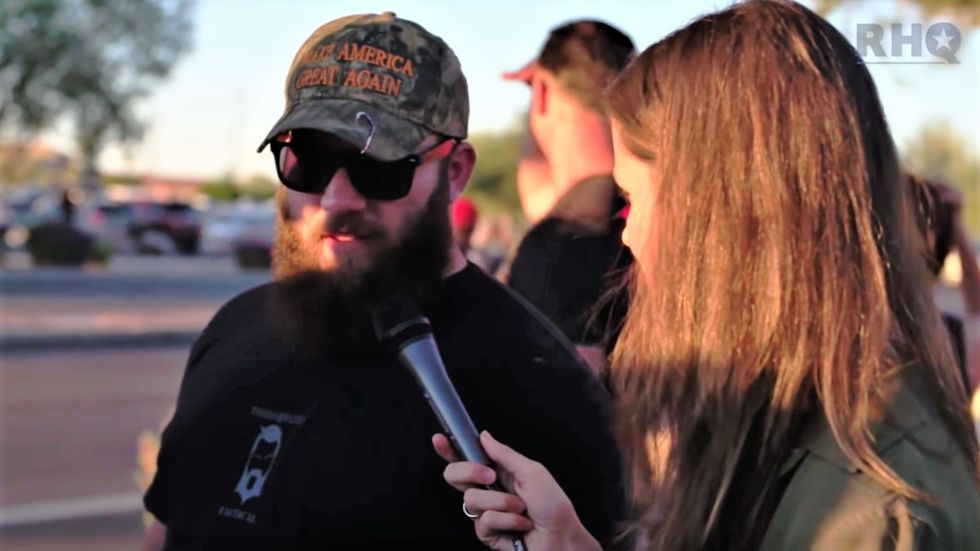 In a deep dive into why a region that increasingly votes conservative, the New York Times discovered voters who loathe the federal government but have no problem receiving government largess in the form of federal assistance.

Reporting from Harlan County, Kentucky, the Times reports that it "is the nation’s fifth most dependent on federal programs, according to the government’s Bureau of Economic Analysis."

"In 2016 some 54 percent of the income of the county’s roughly 26,000 residents came from programs like Social Security and Medicaid, food stamps — formally known as SNAP, the Supplemental Nutrition Assistance Program — and the earned-income tax credit. That is up from 28 percent in 1990," the report continues.

At the same time this federal assistance has grown, the county has also grown more conservative, making it a bastion of dependable votes for Republicans who want to cut taxes and starve the government.

One such voter is Daniel Lewis, who was severely injured in a car crash 15 years ago and gets by on $1,600 a month from disability insurance, along with Medicaid benefits and food stamps that help feed his wife and two children.

Lewis admitted, "Every need I have has been met,” yet he still voted for Donald Trump in 2016, calling him "the lesser of two evils."

According to the Times, "As Americans have grown more reliant on federal programs over the last 50 years, they have increasingly embraced the Republican Party, a trend put in stark relief by President Trump’s 2016 victory."

"Of the 10 states in which government transfers account for the largest share of income, seven voted for Mr. Trump. Speaking to the economic and social anxieties of blue-collar white voters over immigration, trade and demographic change, Mr. Trump has championed tax cuts for the well-to-do paired with benefit cuts for the struggling voters in his base," the report continues.

Ironically -- or maybe not -- current Kentucky Gov. Matt Bevins (R) rode into office by calling for cuts in social benefits, by repeating an old quote from Ronald Reagan who once said, "The worst thing you can hear is 'I’m from the government and I’m here to help.’”

Bevins won election in 2015 with 52.5 percent of the vote, with the Lexington Herald-Leader reporting he won the Kentucky counties with the highest number of Medicaid recipients -- despite the fact that he ran on cutting back the program.