Trump was in the room during Michael Cohen’s hush-money discussions with National Enquirer: NBC 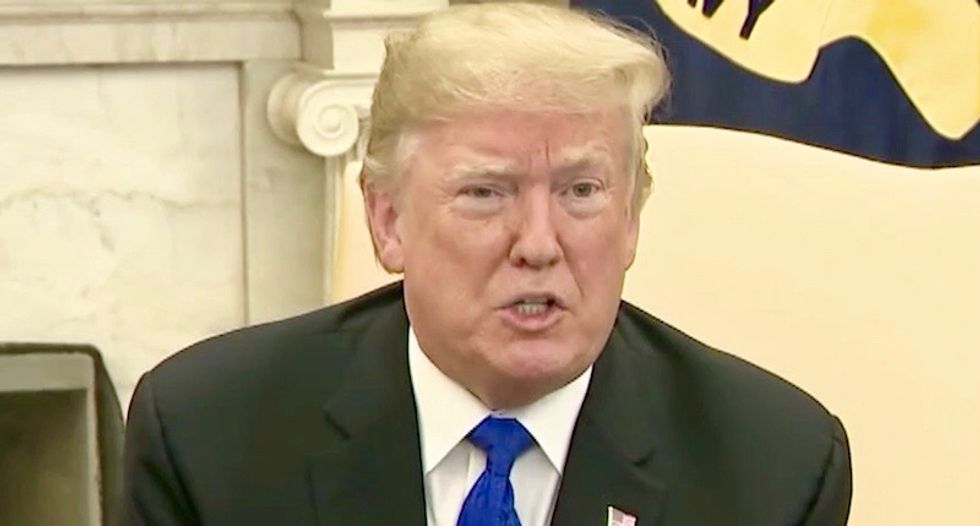 President Donald Trump during his meeting with Democratic leaders on December 11, 2018/Screenshot

After Donald Trump's fixer Michael Cohen was sentenced to three years in prison, the president tried out a series of excuses to distance himself from the disgraced attorney.

But NBC reports that Donald Trump was in the room when Cohen agreed to pay the women the hush money.