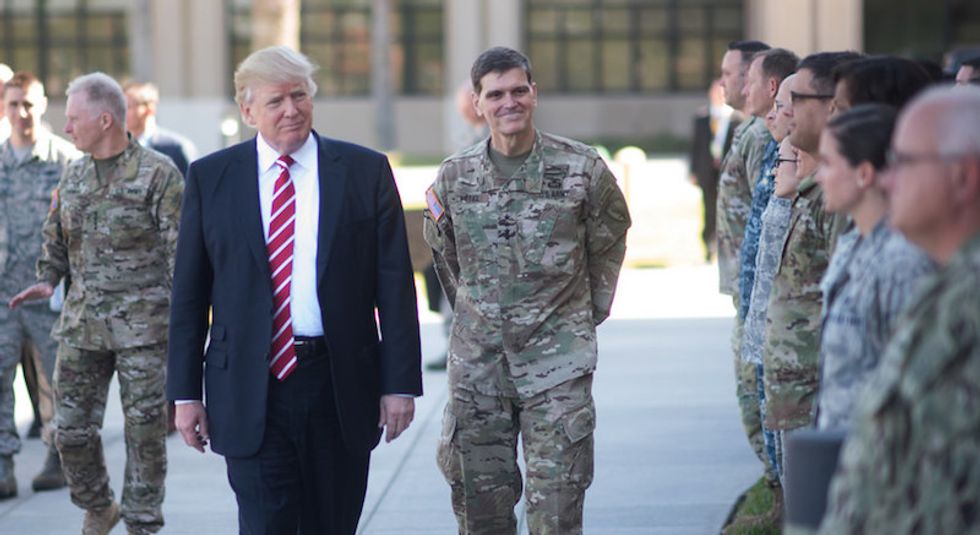 During his surprise visit to troops deployed in Iraq, President Donald Trump appeared to tell two large fibs to service members about their pay -- and it wasn't the first time he'd done so.

ABC News producer and reporter Ali Rogin noted on Twitter Wednesday that the president told "two flagrant lies in a row" during the hour-long speech.

"He said the US military got its first pay raise in 10 years," Rogin wrote before linking to a May PolitiFact analysis from the first time the president made the claim that found the lie "Pants on Fire" egregious.

The ABC News producer noted, however, that "the military has received a pay increase each year except for [1983] and that was a technical glitch."

Rogin added that Trump also "said he raised the military's pay by ten percent" -- another lie given that military pay was raised 2.8 percent in 2018 and another 2.6 percent in the August National Defense Authorization Act.

"You had plenty of people that came up and said, you know, we can make it smaller," the president said. "I said no. Make it ten percent. Make it more than ten percent. Because it’s been a long time."

"Both those quotes are lies that the president has been called out on before," Rogin concluded.