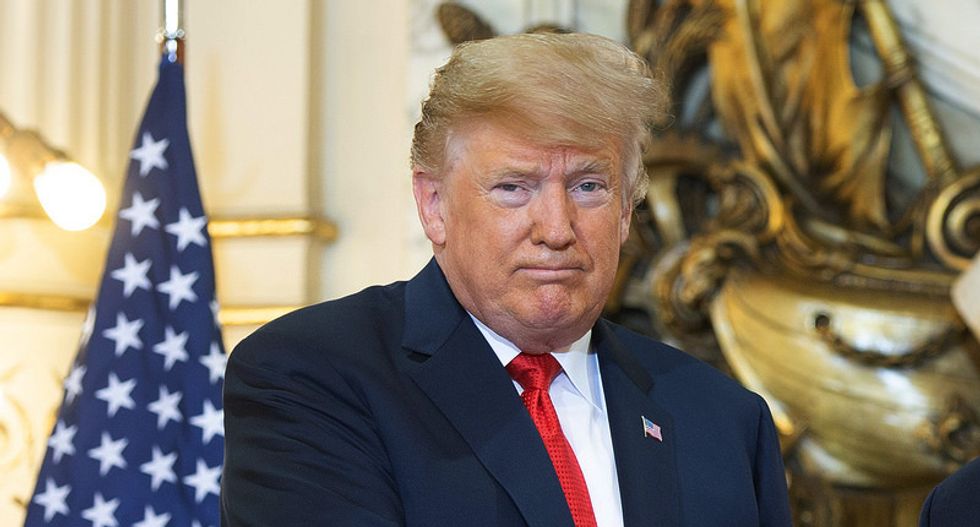 The U.S. trade deficit jumped to a 10-year high in October as soybean exports continued to fall and imports of consumer goods rose to a record high, suggesting the Trump administration’s tariff-related measures to shrink the trade gap likely have been ineffective.

The Commerce Department said on Thursday the trade deficit increased 1.7 percent to $55.5 billion, the highest level since October 2008. The trade gap has now widened for a five straight months. Data for September was revised to show the deficit rising to $54.6 billion instead of the previously reported $54.0 billion.

The politically sensitive goods trade deficit with China surged 7.1 percent to a record $43.1 billion in October.

The United States is locked in a bitter trade war with China. Washington has imposed tariffs on $250 billion worth of Chinese imports to force concessions on a list of demands that would change the terms of trade between the two countries.

China has responded with import tariffs on U.S. goods, including soybeans. President Donald Trump has long railed against China’s trade surplus with the United States, and accuses Beijing of not playing fairly on trade.

In addition to the duties on Chinese goods, Washington has slapped tariffs on steel and aluminum imports into the United States this year. Last Saturday, Trump and Chinese President Xi Jinping agreed to hold off on imposing more tariffs for 90 days while they negotiate a deal to end the trade dispute.

This suggests trade will probably be a drag on gross domestic product in the fourth quarter, and adds to weak housing and business spending on equipment reports in signaling a slowing down in economic growth. Trade subtracted 1.91 percentage points from GDP growth in the July-September quarter.

Growth estimates for the fourth quarter are around a 2.8 percent annualized rate. The economy grew at a 3.5 percent pace in the third quarter.

In October, exports of goods and services slipped 0.1 percent to $211.0 billion. Soybean exports, which have been targeted by China in the trade dispute, dropped $0.8 billion. Exports of civilian aircraft and engines also fell.

But exports of petroleum and consumer goods were the highest on record. A strong dollar is probably restraining overall export growth.

Imports of goods and services rose 0.2 percent to $266.5 billion, an all-time high. Consumer goods imports increased by $2.0 billion to a record high of $57.4 billion, boosted by a $1.5 billion jump in imports of pharmaceutical preparations.

Motor vehicle imports were the highest on record in October, as were imports of other goods.

Imports are being driven by strong domestic demand as well as the strong dollar, which is making the prices of imported goods cheaper, likely offsetting the impact of tariffs.