The View’s Meghan McCain snaps at audience for cheering criticism of John Kelly: ‘His son died in combat!’ 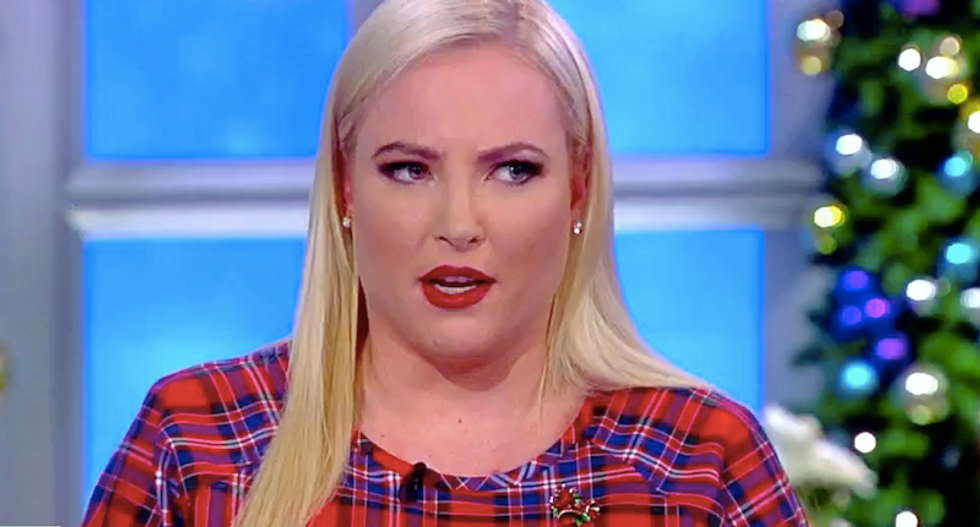 The retired U.S. Marine Corps general was pushed out by President Donald Trump, who's having trouble finding a replacement, and conservative co-host Abby Huntsman said it was a thankless job.

"That's the problem why people don't want that job," Huntsman said. "One day the person is perfect for him, and then he tweets, 'You're fired,' and you're a spineless, clueless flunky. It's a thankless job, and you have to be a yes-man or yes-woman, when the job isn't supposed to be that. You serve to help the president and to be sort of the go-between between the staff and the people coming to his office and the president."

Co-host Sunny Hostin said she'd had higher hopes for Kelly, but she said the retired general had ruined his reputation serving in Trump's White House.

"When John Kelly was appointed, I'm thinking, you know, 'He is this four-star Marine general, he will be the adult in the room,'" Hostin said. "But it's clear that they clashed, that Trump did not listen to him and, honestly, he came in with this wonderful reputation, and I think the administration tarnished that reputation."

Huntsman disagreed, saying she thought Kelly still enjoyed a "fabulous" reputation, but Hostin countered with a list of the former Trump official's misdeeds in the White House.

"If I could finish what I was going to say, maybe you would hear me," Hostin said.

"When he disparaged Congresswoman Frederica Wilson (D-FL), lied about her and refused to apologize, that didn't look good on his reputation," she continued. "He endorsed the controversial and short-lived policy of separating children from their immigrant parents in an effort to deter illegal crossings."

That's when McCain barged in, and began shouting over Hostin.

"You're talking about children," McCain said. "He gave a child for our freedom -- his son died in combat."

Hostin pointed out that Kelly had defended White House staff secretary Rob Porter in the face of domestic violence allegations and called Robert E. Lee honorable while making excuses for the Confederacy, while McCain continued talking over her.

"One at a time," said co-host Joy Behar, asking McCain to wait her turn.

Hostin said she would remember Kelly for those misdeeds, and McCain scolded the audience for applauding.

"I just think it's weird to be clapping," McCain said. "Whatever you think about his politics, he lost his son in combat for freedom, and again, clapping in that way, again, your call. Everyone can interpret him differently. I think there are some things that precede politics, and losing a son and being part of a Gold Star family is one of those things."