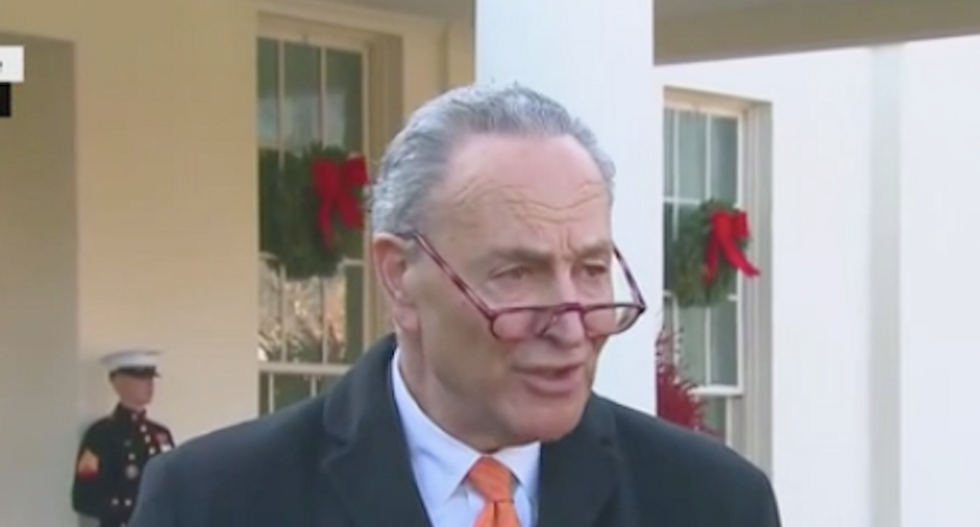 On Tuesday, Sen. Chuck Schumer (D-NY) and Rep. Nancy Pelosi (D-CA) sparred with President Donald Trump over a range of issues, from the border wall to the government shutdown.

Schumer confronted the president for making false claims about border security, citing all the “Pinocchios” he’s gotten from The Washington Post for his lies.

"The bottom line is simple. The president made clear that he wants a shutdown. His position, if he sticks to his position for a $5 billion wall, he will get no wall and he will get a shutdown," Schumer told reporters.

"This Trump shutdown, this temper tantrum he seems to throw will not get him his wall and it will hurt a lot of people because he will cause a shutdown, he admitted he wanted a shutdown. It's hard to believe he would want that."