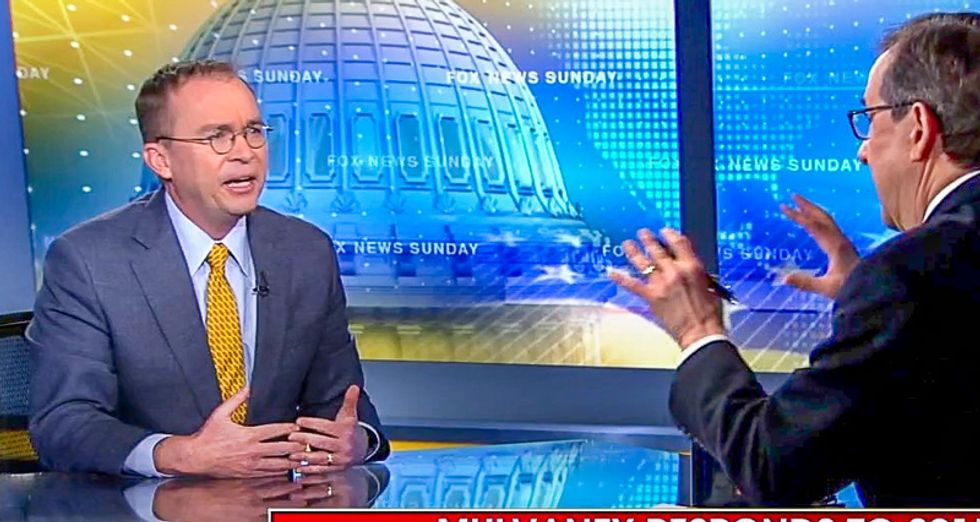 Fox News host Chris Wallace pointed out to acting White House Chief of Staff Mick Mulvaney that he had spoken against a border wall before joining President Donald Trump's administration.

"The fence doesn't solve the problem," Mulvaney said in 2015. "Is it necessary to have one? Sure. Would it help? Sure. But just to say build the darn fence and that be the end of immigration discussions is absurd and almost childish for someone running for president to take that simplistic a view."

"If building a wall is childish and simplistic as a solution for the immigration problem, why is it worth shutting down the government?" Wallace asked on Sunday.

"It has to be part of a comprehensive [immigration bill]," Mulvaney insisted.

"But it isn't!" Wallace interrupted. "You're not saying it's part of any comprehensive immigration plan."

"The border wall is absolutely necessary, which is why we're having the battle," Mulvaney declared. "We need a comprehensive solution and a border barrier, steel-slat fence, has to be part of that."