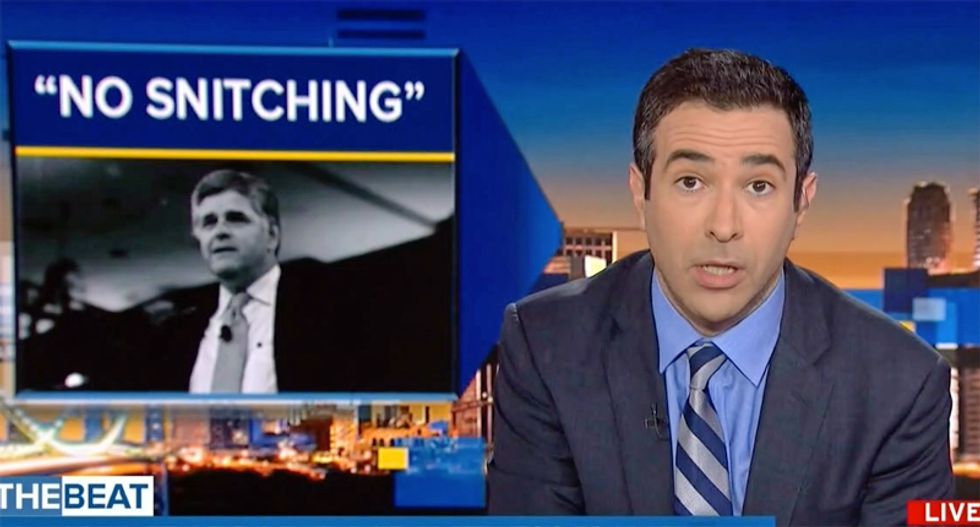 In April, it was revealed that Hannity was the mysterious third client that Trump fixer Michael Cohen fought in court from being made public. In response, Hannity spent an hour yelling about James Comey.

Hannity's attorney is awaiting a Friday sentencing memo detailing his cooperation with investigators and then will be sentenced on December 12. In response, Hannity suffered a meltdown on his radio show.

Melber reminded viewers of Hannity's past criticism of the "Stop Snitching" movement in what he described as "urban" communities.

"Now Hannity is telling people not to snitch," Melber noted.

"What do you make of this drastic, public, hypocritical, obvious change of heart?" Melber asked Dr. Jason Johnson, politics editor at The Root.

"One of the main reasons Sean Hannity thinks he can do this is because he's a rich white guy," Johnson explained.

"If Sean Hannity wasn't as knee deep in the muck and in the swamp he has railed against as much as he happens to be, he'd keep his mouth quiet right now," Johnson argued. "But he's not going to because just as dirty and guilty as the people he's trying to defend."