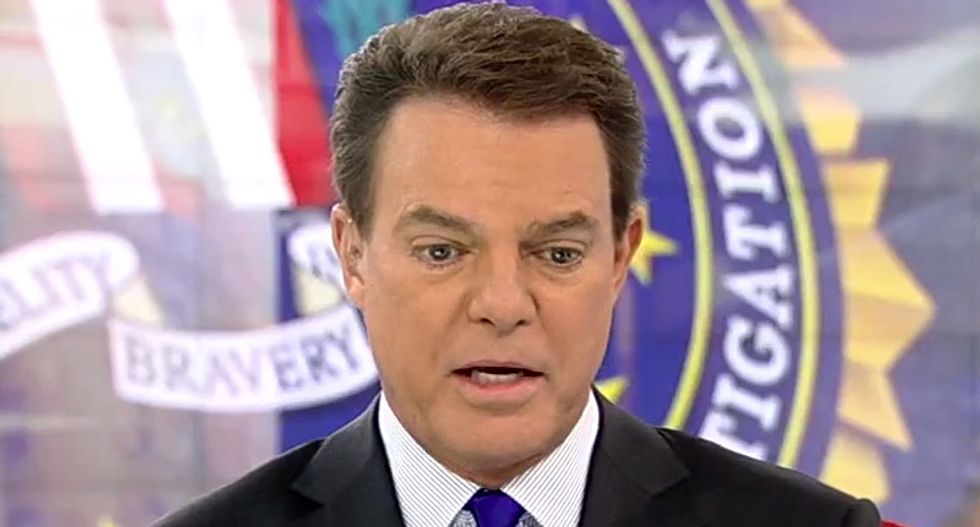 Fox News host Shep Smith could not hide his shock at Donald Trump incredulously tweeting a strange Farm Bill-themed post -- right in the middle of his threat to shut down the government.

"A funny thing happened," Smith said, noting that the network cut to commercial when they thought Trump was going to speak after his scheduled 3:00 PM appearance.

In that time, however, the president posted a tweet -- of himself and Will and Grace actress Megan Mullally at the 2005 Emmys performing a song while he wore overalls and acted like a farmer in an attempt to hype his signing of the new Farm Bill.

The tweet showed "a clip of [Trump] at the Emmys as a farmer because, you know, I would only guess, as you know this was a Farm Bill signing," the host said, pausing between words.

Trump, Smith added, was dressed "in the heehaw regalia" to promote the bill's signage.

After footage cut to people lined up to meet with Trump at the Farm Bill signing, the host asked if his producers could put the tweet back up.

"Today the president is dealing with rebellion from his generals for pulling the troops out of Syria and in addition facing a government showdown and shutdown," Smith said. "And here's the presidential tweet."

Watch the dumbfounded host below: