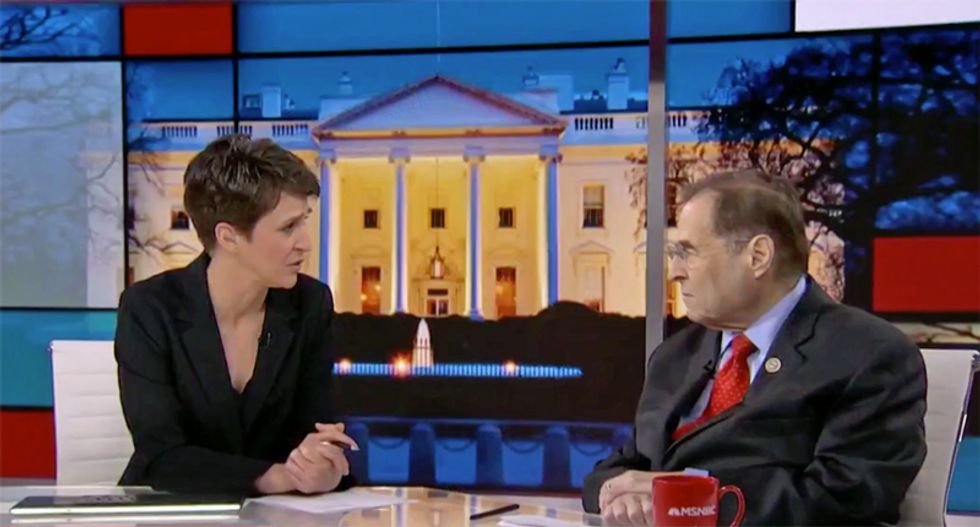 The incoming chair of the House Judiciary Committee made a startling relation on MSNBC's "The Rachel Maddow Show" on Thursday.

"What do you make of this?" Maddow asked.

"We make of this that the professionals, the career people at the department, obviously told him that there is an appearance of impropriety problem and he must recuse," he Nadler explained. "He didn't want to do that."

"The fact is that we've always suspected that he was put there as a hatchet man to undermine the Mueller investigation," he added.

He explained a phone call he had with the acting AG and Rep. Elijah Cummings (D-MD).

"Chairman-to-be Cummings of [Committee on Oversight and Government Reform] and I had a telephone conversation with Whitaker a few weeks ago in which he did agree to come in and testify before our joint hearing of our committees in January," Nadler revealed.

"He's been backtracking on that," he noted.

"He agreed to you overtly and now is rescinding the promise?" Maddow asked.

"So we're sending a letter tomorrow morning demanding that they set up a date and time in January and if not, being in the majority, we'll have ways of compelling that," he added.