‘It’s Watergate for dummies’: Trump biographer mocks president’s lackies who have taken the fall for him 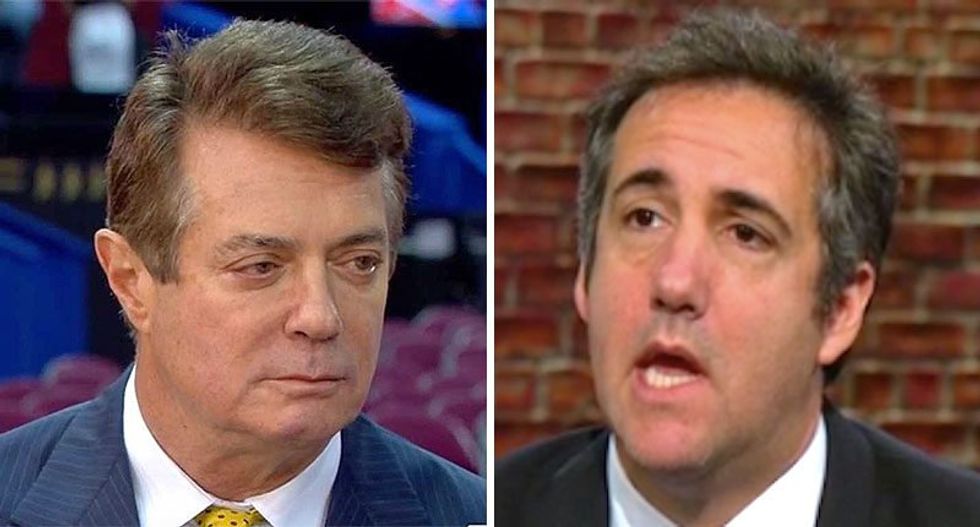 Appearing on MSNBC's AM Joy, the author of "Trumpnation" shook his head in amazement while mocking all of the associates of Donald Trump who are looking at jail time for doing the president's bidding while he was running for office.

Speaking with fill-in host Jonathan Capehart, Tim O'Brien began by noting that he expects Trump to be named in future documents as an "unindicted co-conspirator" before turning to the associates of Trump who actually have been indicted.

"I think the other thing in all of it is, you know, my friend [Watergate attorney] Nick Akerman wisely told me a very long time ago: this is like Watergate," O'Brien said.

"If you just focus on the fact that something was stolen and people scrambled to cover that up you get somewhere," he continued, addressing the lies told by Trump campaign chair Paul Manfort . "But also it's Watergate for dummies because there's a lot of very ignorant unsophisticated people floating around this."

Capehart chimed in to add, "I've watched a lot of episodes of 'Law and Order' and 'Law and Order SVU' and 'CSI,' and I'm like, 'really, they really did this?'"