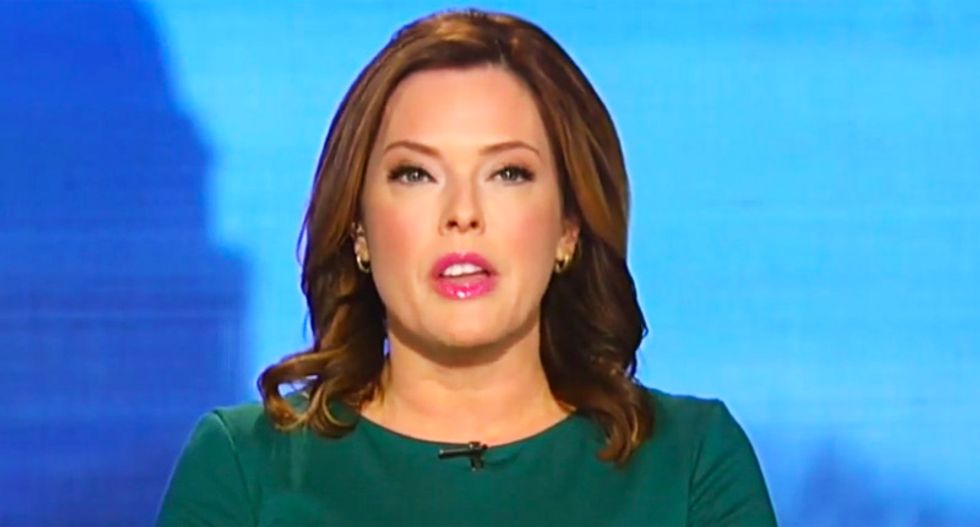 White House spokesperson Mercedes Schlapp had a rough time on Fox & Friends on Monday when pressed by host Brian Kilmeade to explain why President Donald Trump is pulling U.S. troops out of Syria.

Appearing on Donald Trump's favorite cable TV program, Schlapp had to go off message when she was surprisingly confronted by Kilmeade.

“Can you name an adviser the president has that recommended he pull out 2,000 troops?” Kilmeade pressed

“I’m not going to get into the internal discussions of how the decision was made," Schlapp demurred, before trying to blow it off. "At the end of the day, we all serve in the position of advising the president. It is up to the president to make the final decision.”

“We knew from the moment he started his campaign where he stood on Syria,” she quickly added, “And that was to ensure the defeat of the territorial caliphate in Syria ... and the president and this administration and these troops have done that.”

Fill-in host Griff Jenkins kept after Schlapp, asking her if Trump was upset that his surprise announcement -- that led to Defense Secretary James Mattis resigning -- was “blown out of proportion.”

“I think that the president feels very strongly about his decision in Syria,” Schlapp curtly replied.