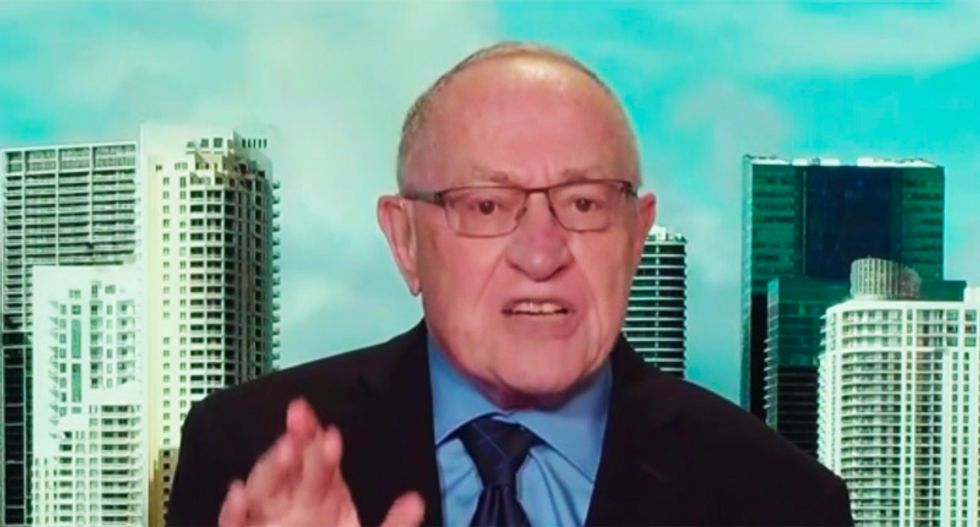 Law professor Alan Dershowitz grew quite aggravated on Friday morning after a Fox News host brought up the raid and arrest of Roger Stone, a confidante of President Donald Trump.

Dershowitz, who is one of Trump's staunchest defenders in all matters involving Russian collusion in the 2016 presidential campaign, went from passively talking about former Trump Campaign CEO Paul Manafort's scheduled appearance in federal court on Friday to aggressively pushing back at the Stone arrest.

Asked by host Bill Hemmer about the arrest -- tied to Stone's alleged contact with hacker organization Wikileaks while advising the Trump campaign -- Dershowitz immediately raised his voice while protesting what is contained in the 7-count indictment, including inferences that might connect Wikileaks to Russia.

"It's like writing something, scribbling something on the bathroom wall accusing somebody of something" he characterized the charges, "There is no opportunity to rebut that because it is not charged as a crime."

"The storytelling part of this is just storytelling," he asserted while talking over the Fox New host.

"Stone has been saying for over two years that he is going to be indicted," Hemmer remarked. "Why does it take two and a half years to get to this point? How come?"

"There may have been a sealed indictment for a while, "Dershowitz conceded. "But they were probably trying to build up the case. They didn't want one count or two count -- they wanted a seven-count indictment, so maybe they took some time to that. Maybe they were negotiating. We don't know that, there's no evidence of that. Look very hard at this indictment and distinguish between the crimes and the story."