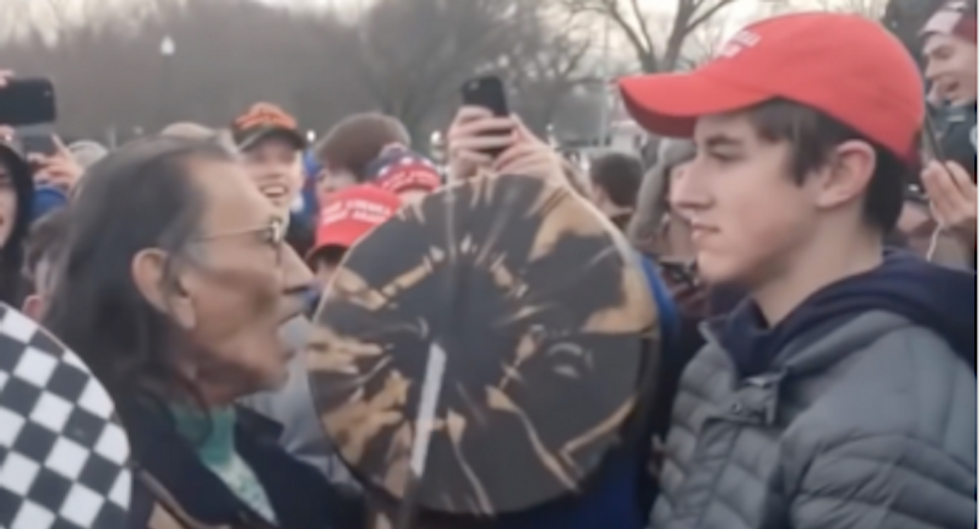 On Tuesday, the fallout continued from a viral video showing a confrontation between students from Covington Catholic School and a Native American protestor at the Capitol.

Covington shut its doors Tuesday, after reportedly receiving a slew of death threats over the incident.

On Tuesday, CNN interviewed a Catholic priest who argued that it was inappropriate for students to wear “Make America Great Again” hats on an official Catholic school trip.

"First of all, I think the students acted inappropriately," he said. "I was raised at a time when we were taught, respect your elders. no matter how the Native American gentleman wound up in front of that student, that was the time to turn the other cheek, to step aside, no matter what you thought," he continued.

"It wasn't a time to thrust both cheeks, smirking, into the face of that elder. So, yes, where were the chaperones? This situation was escalating. you had the group that you mentioned with racial slurs. You then had kids behind them seemingly mocking this elder and smirking and laughing at him," he said. "I don't understand how the chaperones don't step in and say, first of all, boys, get to the bus, to defuse the situation. that's why a chaperone is there," he said.

"With regard to the hats, they were there for a pro-life march, which, granted, focused on abortion," he said. "The hats that they were wearing, the so-called MAGA hats, the Make America Great hats, come with a certain political agenda that in my opinion can be seen as anti-Catholic, anti-Christian.