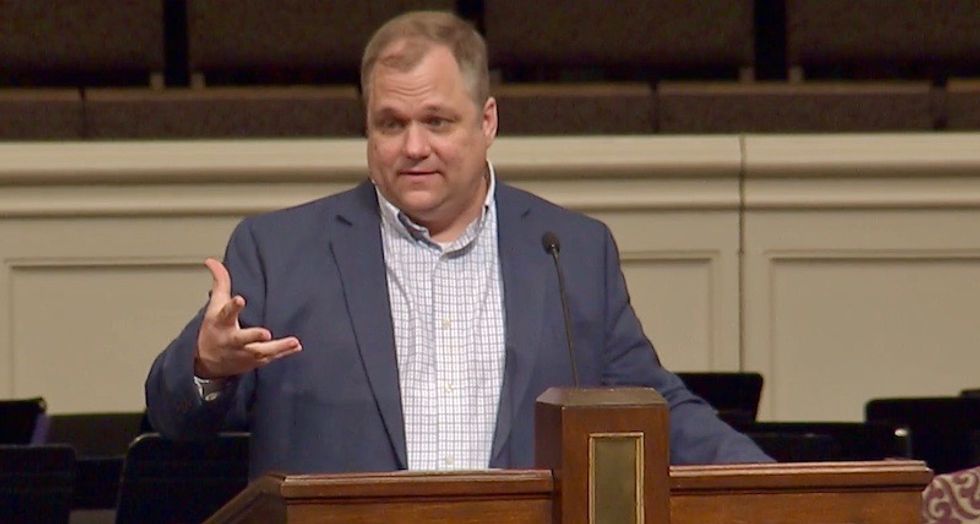 A Southern Baptist minister has spoken up to "vigorously critique" an interview in which evangelical leader Jerry Falwell Jr. said that he would support anything President Donald Trump decides to do as president.

Alan Cross is a Southern Baptist pastor in Montgomery, Alabama.

"Wow," was his first response to Falwell's interview with the Washington Post.

He then went on to analyze how Falwell's position was a "clearly articulated" version of the "approach German Lutherans took as Hitler rose to power."

Cross had worried this might happen, writing in 2016 that the American Christian church risked losing its soul to right-wing politics and argued that Trump's perspective on Christianity was similar to Nietzsche's.