Choreographer tells high school girl her skin is ‘too dark’ to be in dance performance: lawsuit 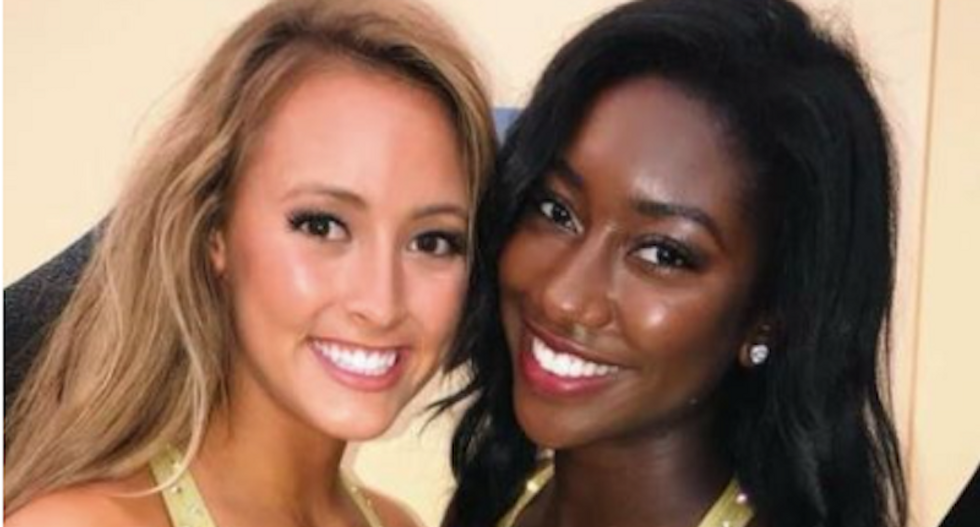 A young woman who faced discrimination because of her skin color is suing Blue Valley Northwest High School, reports The Kansas City Star.

Camille Sturdivant was on the 14-member Dazzlers dance team, according to the lawsuit. She claims that the dance team choreographer, Kevin Murakami, said her skin was too dark and would distract the audience from looking at the other performers.

He also allegedly said her skin color clashed with the costumes.

It's not the first time Sturdivant had to deal with racial bias at the school. Dance team coach Carly Fine gave Sturdivant her phone so she could put on music; Sturdivant saw text messages between Fine and Murakami, in reference to Sturdivant earning a spot on the Golden Girls dance team at the University of Missouri.

“THAT DOESN’T MAKE SENSE. I’m so mad,” the choreographer had written.

The coach wrote, “It actually makes my stomach hurt.”

She then added: “Bc she’s (expletive) black. I hate that.”

The coach was fired. But the team continued to support her. At a performance, team members except Sturdivant and the other African-American girl on the squad wore ribbons with Fine's initials.

The school issued a statement.

"Discrimination of any kind has no place here," they said.

"The District expects staff to treat all students with respect at all times, and any report that this expectation has not been fulfilled is taken very seriously. As stated in the Complaint, on May 1, 2018, Mrs. Sturdivant showed Dr. Pressly the text message between Mr. Murakami and Ms. Fine. Ms. Fine’s employment with the District was separated the following day on May 2, 2018.”