CNN’s Don Lemon cracks up at Trump surrogate trying to argue the president is not racist: ‘Come on man’ 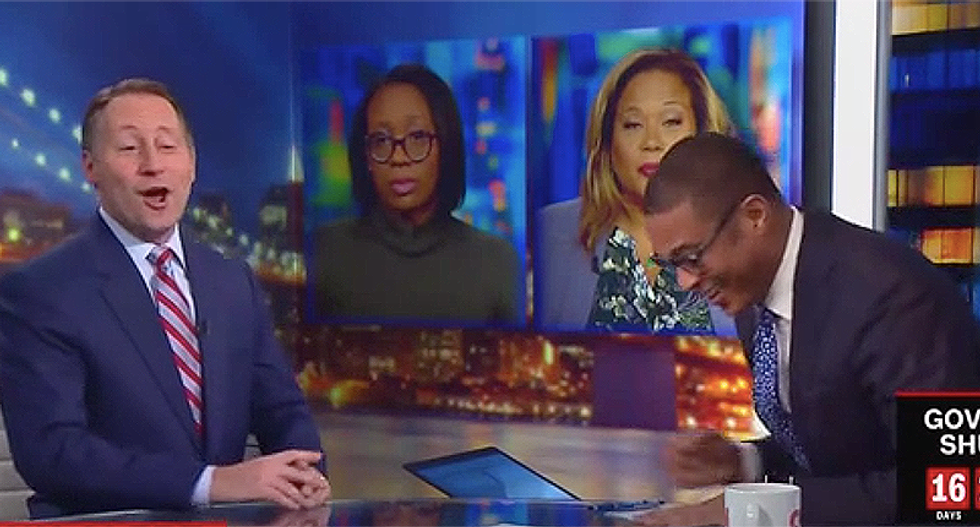 The moment came as new Rep. Alexandria Ocasio-Cortez accused the president of being a racist. The White House responded denouncing her and saying that Trump has rebuked racism in all forms. Unfortunately for the White House, the commentators don't agree.

Conservative podcaster Tara Setmayer quoted Florida Democratic gubernatorial candidate Andrew Gillum, who said of his Republican opponent that he may not be racist, but racists think that he's one of them. Setmayer said the same philosophy should be applied to the president.

"I agree with her," Setmayer said of AOC. "I didn't agree with much of anything else she said in that interview as a conservative, but she nailed that one. And it's unfortunate. And you know, we've already seen the evidence of this since the campaign. The way he started his campaign off when he came down the escalator talking about Mexicans being rapists and, you know, that whole diatribe."

She recalled the "undercurrent" of the Trump campaign being racist "and it's not gotten much better as he's been president."

"I don't think he is a racist. I'm going to be very adamant about that. But I do think he uses words that he should not use," Astorino said of the man who once said he has "all the best words" in speeches. "I think he should be careful in how he says things. He's the president of the United States. But I think it can be misinterpreted sometimes. I also think words do matter and you've got to be very careful how you say things."

Astorino said he knows for certain Trump isn't racist because he's been in a room with him. The Republican commentator then pivoted for "what-about-ism," blaming Democrats for saying things he found deplorable.

"Nina [Turner] brings up a really good point," Lemon said calling out Trump's history of racist behavior. "And quickly. When you said you think he should say things more carefully, be more careful with what he says because it can be misunderstood. So, for the years and years that he's said that this president, the former president wasn't born in the United States, should he have been more careful about saying that?"

"Even with evidence," Lemon followed.

"That was his belief," Astorino confirmed.

Lemon asked how that belief is not racist as Astorino struggled to explain it. Ultimately it made Lemon simply burst out laughing and Turner and Setmayer chuckle.

In the second segment, Setmayer went even further explaining why Trump is a racist in a barn-burning speech.