CNN's Erin Burnett hits back after GOP aide claims Trump is God's 'vessel': Is it democracy or 'the will of God?' 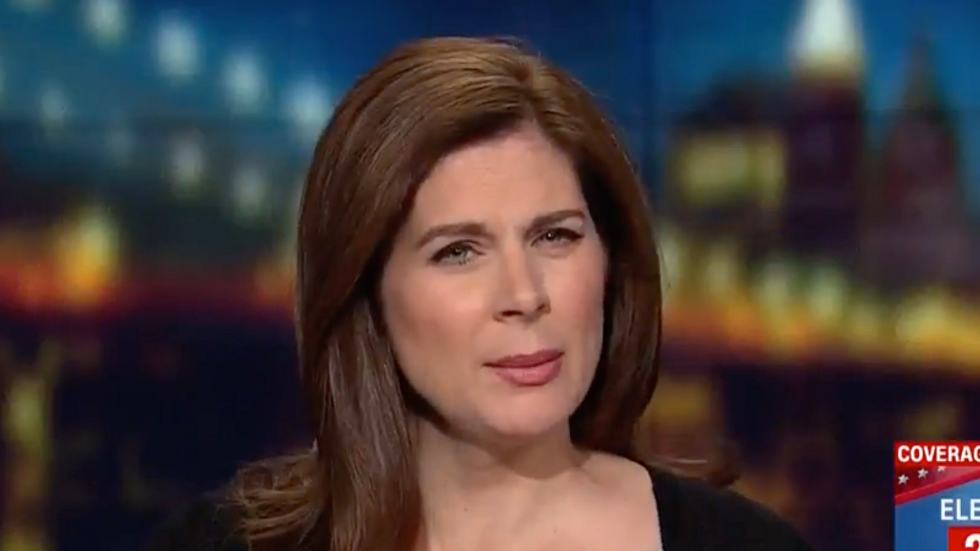 CNN's Erin Burnett took aim at a Republican adviser to George W. Bush and Mitch McConnell for claiming Donald Trump is an "imperfect vessel" for God.

Scott Jennings, a GOP operative who worked in the Bush administration as well as McConnell's campaigns in 2002, 2008 and 2014 said that he didn't find it surprising that White House press secretary Sarah Huckabee Sanders said she believes God wants Trump to be president.

"I find it quite likely that supporters of any politician who wins believes it was God's plan for that politician to win," Jennings said. "I'm not surprised to hear someone saying that. None of us can know God's plan but we all try to live up to what the Bible teaches us to do."

"We're not perfect people and we're not going be perfect and neither is Donald Trump," he added. "He's not a perfect Christian. That does not mean that God doesn't use imperfect vessels to achieve outcomes. He has achieved many outcomes."

"Are you really okay with that?" the host asked. "I thought we live in a democracy, right, the will of the people — and now you're saying it's the will of God. I don't know, there's something that seems quite jarring to me, frankly, whatever you believe about God."

Jennings responded: "I certainly believe in our democracy and I believe in the will of the people."

"And you think that God cares who's president of the United States?" Burnett mused.