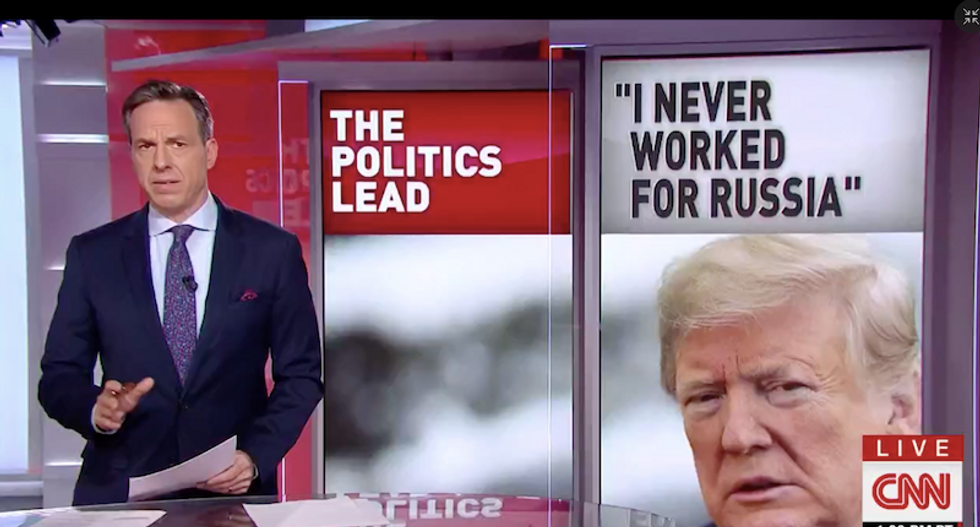 The New York Times reported that the FBI had launched an investigation into whether the president either wittingly or unwillingly acted at the behest of Putin when he fired James Comey.

Separately, the Washington Post reported that Trump had confiscated a translator's notes of a meeting between the two leaders.

On CNN Monday, host Jake Tapper did a rundown of all the reasons the FBI had to be suspicious about Trump's relationship with Putin—even before he fired James Comey.

"From the perspective of the FBI, consider the following," Tapper said, listing off the Russian hacks of Hillary Clinton's email, as well as meetings between Jared Kushner, Don Jr. and a Russian lawyer who promised dirt on Hillary Clinton. Not to mention hiring Paul Manafort, who had ties to pro-Russia Ukrainian businesspeople.

"And that's just a sampling.," he concluded. "I didn't mention Michael Flynn and all of the others who had contacts with Russians and then lied about it to the FBI. If you were in the FBI you think there might be something worth taking a look at there."