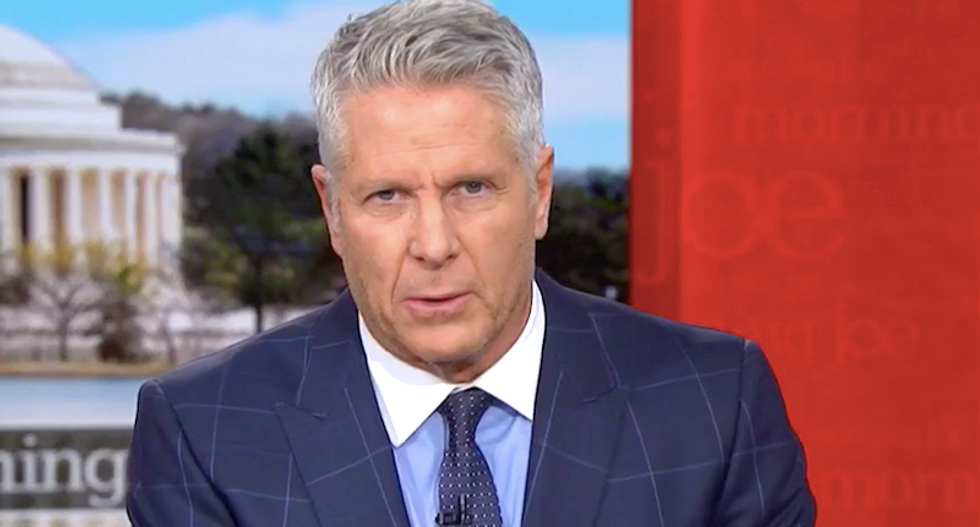 MSNBC's Donny Deutsch offered evidence that President Donald Trump intimidated a witness against him while speaking on live television.

The "Morning Joe" contributor offered new details Friday about the president's threat on Fox News against his former attorney Michael Cohen, who is friends with Deutsch.

"I'll tell you why it's obstruction," Deutsch said. "I was on the phone with him, and he was like, 'I'm not going to testify, they're going after my family.'"

Cohen has agreed to testify Feb. 7 before Congress, but his attorney said the former Trump Organization lawyer may cancel after Trump threatened to investigate Cohen's father-in-law, although he could not recall his name.

"There is nothing he wouldn't do," Deutsch said about the president. "You saw it on display when we went after his father-in-law, so this is the tip, tip, tip of the iceberg of a president that is going down hard."

Deutsch said he believed Cohen would testify, in spite of the president's threats, but he did not think he would be allowed to tell investigators about a bombshell report showing that Trump directed his former attorney to lie to Congress about his Moscow business dealings.

"There is nothing he can answer as it pertains to the Russia investigation," Deutsch said, adding that special counsel Robert Mueller would limit his testimony. "That does not mean that's not going to be must-see TV, and I think a lot of people's heads are going to be spun in many, many, many circles."

He said the BuzzFeed report was only a small detail in a sprawling investigation.

"Let's remember this is one nugget," Deutsch said. "Let's think about 70 hours of Michael speaking. Let's think about the dozens of hours of Hope Hicks, and none of these people are going to be lying to Bob Mueller to save their own hide. It's going to be stunning, this level of lying and obstruction."