Conservative begs GOP to primary Trump: He 'has already reached his high-water mark in popularity' 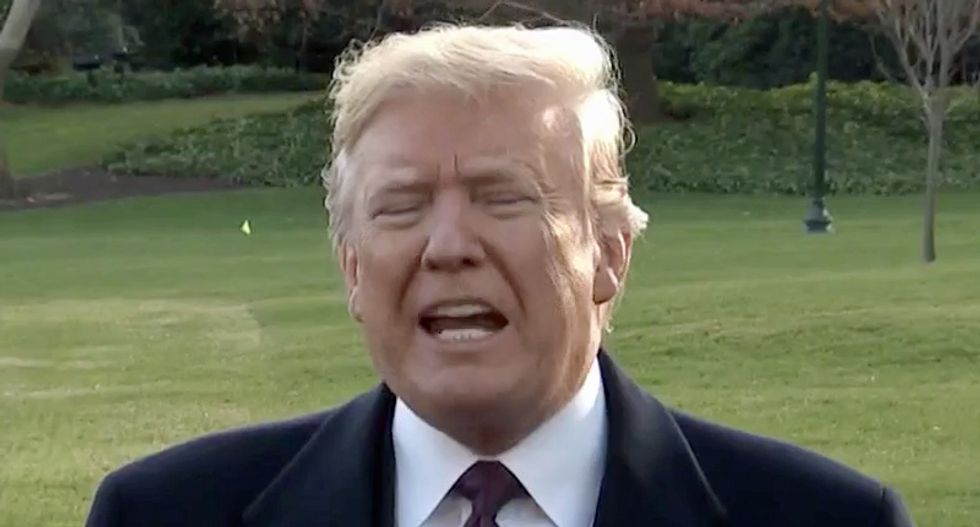 Conservative operative Timothy Miller has written an editorial at The Bulwark that implores Republicans to draft a challenger to run a primary against President Donald Trump in 2020.

The biggest reason that Trump should get a primary challenge, argues Miller, is that it's simply very hard to imagine him ever getting popular enough to actually get the votes he needs to defeat a Democratic challenger.

Among other things, Miller points to Trump's anemic approval rating, which has been cratering even further since the start of the government shutdown.

"There is good reason to believe that Trump has already reached his high-water mark in popularity," Miller writes. "A Marist/NPR poll this week showed 57 percent of registered voters saying they will definitely not vote for him. Trump is looking down the barrel of two years of investigations into his business practices and ethical issues at the White House."

Even beyond questions of the results of the 2020 election, Miller says that Republicans should primary Trump as a way to map out the future of their party after the president leaves.

"The Republican party does not have to be a reactionary personality cult forever," he writes. "There is no reason it can’t be remade as a principled, liberty-minded party that is committed to America as a welcoming, shining city."