Counter-intelligence expert warns Syria will release 3,000 ISIS fighters when US pulls out 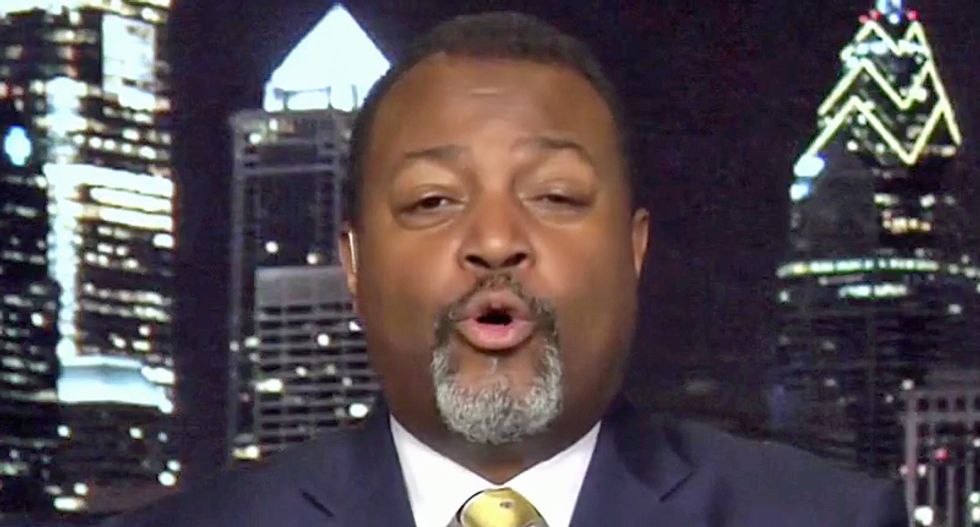 President Donald Trump likely hasn't considered the blowback his withdrawal from Syria will have on the so-call global "war on terror." One unintended consequence is that allies are holding 3,000 ISIS combatants and their families captive.

According to terrorism, intelligence, insurgency and torture expert Malcolm Nance, Syria has little interest in holding these combatants.

"If the United States withdraws, they will release them back to ISIS, because then their security is not — their worry is not ISIS," Nance explained. "Their worry is a multi-divisional invasion by the Turkish army hoping to stamp them out of existence. This entire policy is madness. One quick little aside: Two years ago Donald Trump told TIME magazine the last book he read was my very large tome Defeating ISIS. Nowhere in there did I recommend we abandon our allies to our enemies in the region and to Vladimir Putin. I guess he didn’t get that message."

He noted that the most significant problem is that no one knows what Trump agreed to in his conversation with Turkish President Erdogan. To make matters worse, any foreign leader Trump bows to could change the plain in a single call.

"You never know what happens behind the scenes with Donald Trump, because any strategic planning which could have occurred at the joint chiefs level or political discussions that have occurred throughout nato and NATO allies could be superseded by one phone call from President Erdogan a private call from Vladimir Putin," Nance explained. "You never know. Even Netanyahu could have him reverse his own policies."

Nance also warned that all Turkey would have to do to take out the Kurds is to wait until the United States is gone.

"One thing that’s very dangerous here is to understand that a pledge from the president Erdogan of Turkey is built on air," Nance said. "He can have wait until the very day U.S. Forces leave. Wait 24 hours and not commit and then carry out a massive incursion against the Kurds. So you know, President Trump is going on these private relationships to make these deals, and it’s just going to end in bloodshed and death."