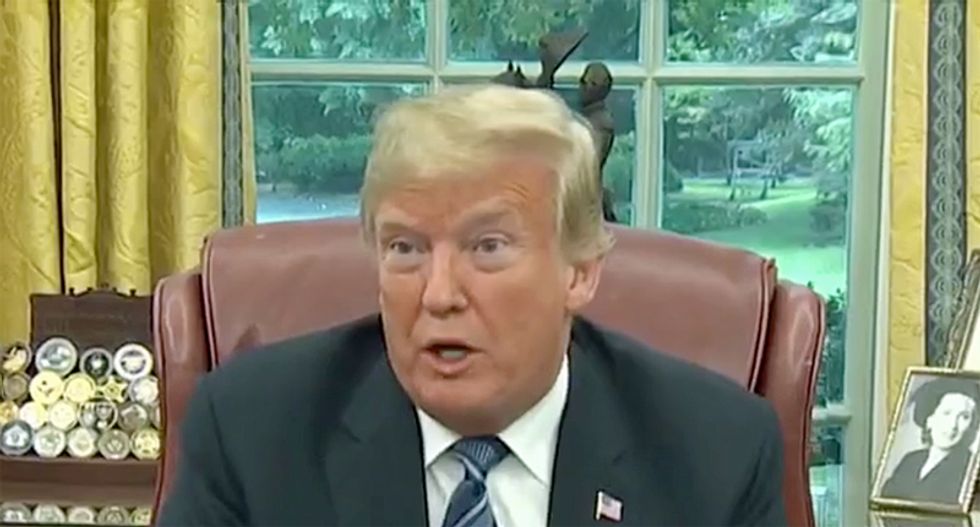 President Donald Trump on Thursday sat down for an Oval Office interview with The New York Times -- the newspaper the president often insults while clearly craving its approval.

During the interview, Trump made three major denials of wrongdoing and felonious conduct.

Trump denied being at odds with his intelligence agency chiefs

He said Deputy Attorney General Rod Rosenstein, "told the attorneys that I’m not a subject, I’m not a target."