'I don't need this!': Donald Trump complains to Sean Hannity about not going to Florida amidst shutdown 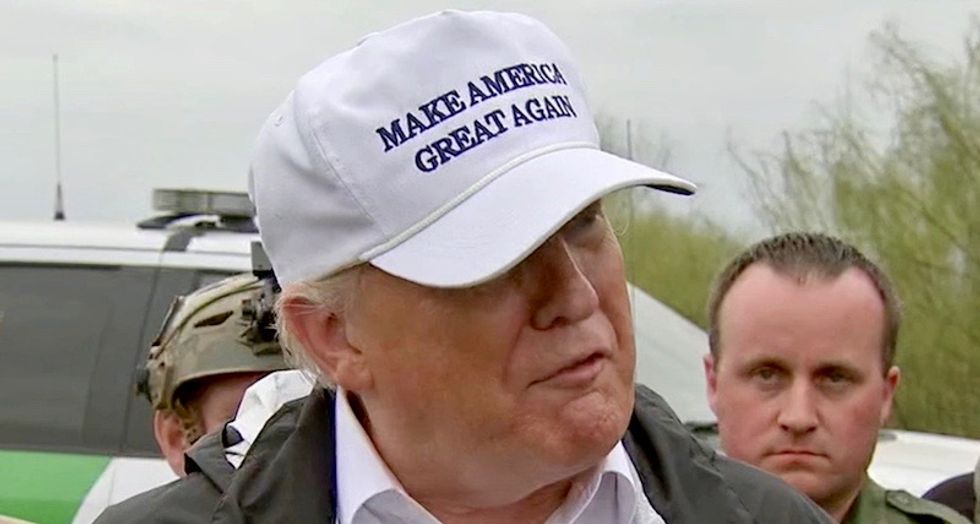 President Donald Trump complains about not getting to join his family in Florida during an interview with Fox News host Sean Hannity on Thursday, December 10, 2018/Screenshot

President Donald Trump complained about the sacrifices he's made over the standoff promoted by his demand that the federal government remain closed until he can secure funding for his proposed border wall in an interview with Fox News host Sean Hannity on Thursday.

"I don't need this!" Trump said. "Look, I could have done something a lot easier, I could have enjoyed myself. I haven't left the White House because I'm waiting for [Democrats] to come over in a long time. You know that."

Trump them complained that he did not get to join his family in Florida for Christmas or his traditional New Year's Eve party.

Trump complained that "it's about politics."

Watch the full exclusive interview below.