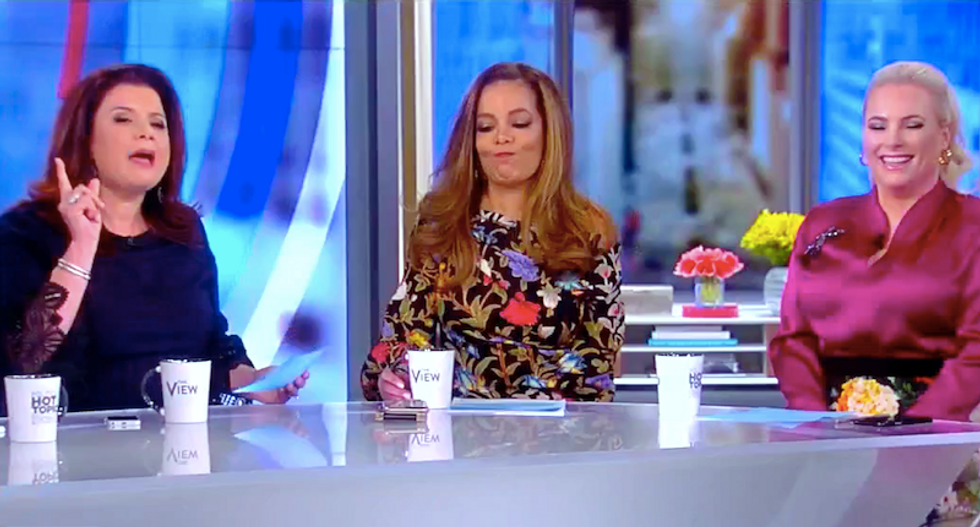 All the panelists on "The View" danced all over the news that longtime Donald Trump associate Roger Stone has finally been arrested.

Co-host Meghan McCain chimed in next to celebrate.

"Ana and I don't agree on many things, but we can agree that Roger Stone is a bastard from hell who deserves everything he's going to get," McCain said. "It's all legitimate, he's been doing this for 40 years. He worked in the Nixon administration. To say he has a nebulous criminal past is putting it lightly. As far as I'm concerned, he should have been arrested a long time ago."

"His communication, specifically with Julian Assange and WikiLeaks, I find that traitorous territory," she added.

McCain said she warned Republicans that Russian hackers could steal their emails just as easily as they stole Democrats', and she said Stone played a dangerous game with WikiLeaks and its founder

"He is a traitor who should rot in jail," McCain said.

Co-host Sunny Hostin wondered why the president associated himself with people like Stone and others indicted by Mueller.

"We all agree that he's a horrible person," Hostin said. "Why is it that Donald Trump surrounds himself with all of these people. My mother always told me, 'Show me who you walk with and I'll tell you who you are.'"