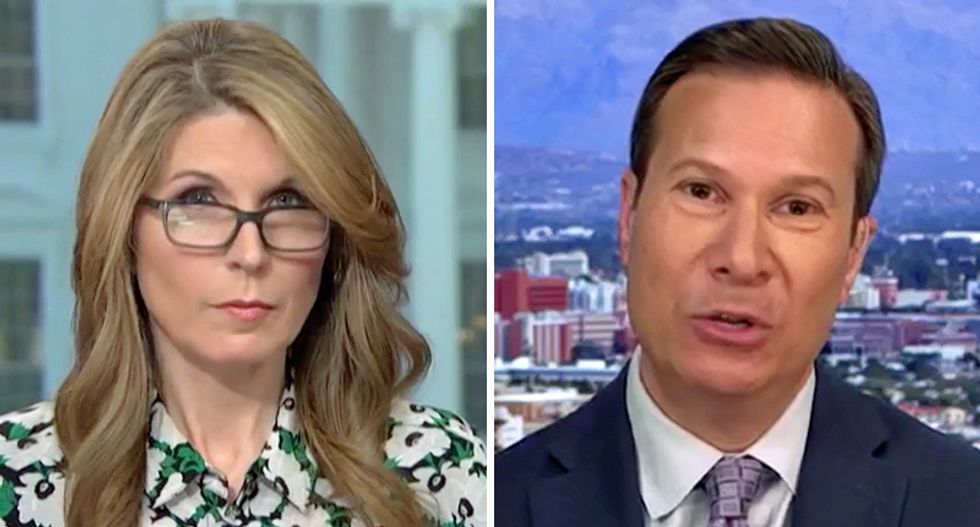 The former assistant director for counterintelligence at the FBI explained the "worst case" scenario of Russian Federation President Vladimir Putin having control of President Donald Trump.

Frank Figliuzzi joined MSNBC's "Deadline: White House" on Monday to discuss The New York Times' bombshell report that the Bureau had opened a counterintelligence investigation into Trump and the Washington Post report that the president sought to hide details of his meetings with Putin from his own administration.

"Frank Figliuzzi, I have about a million questions for you, but let me first get your thoughts," Wallace noted. "I have seen you on TV since the story broke, but to the president's response, he certainly once again, isn't acting innocent."

"He continues to act like someone who's acting in the best interest of Russia," Figliuzzi replied.

"And your question about is it possible that the president's unwittingly answered questions about his own counterintelligence investigation, he's answering those questions every day through his actions, his decision making, his demeanor, and those -- of those of his closest aides, including Secretary Mnuchin," he continued.

"Look, this is mind-boggling," he admitted. "Every counterintelligence professional always wrestled with the 'what if' question. 'What if the worst case scenario happened?' We know that foreign adversaries do their best to penetrate, get deep inside our government, even hire people to come on board inside the government, but the notion that it would get to the highest level information Oval Office is indeed, even for a ... grizzled counterintelligence veteran, it's mind-boggling."

Figliuzzi said, "if you walk into my office as the head of counterintelligence for the FBI and the team tells me, 'boss, it's time to open up on the president,' I'm going to need more than his public antics."

"I will say look, where is the other intel? Where is the signals intelligence? Where is the human sourcing?" he continued. "What are we hearing Russian officials saying when they talk about this president? Are they referring to him as theirs? Are they saying they won?"

"That is my gut feeling, what we're talking about here is far more than meets the public eye," he predicted.