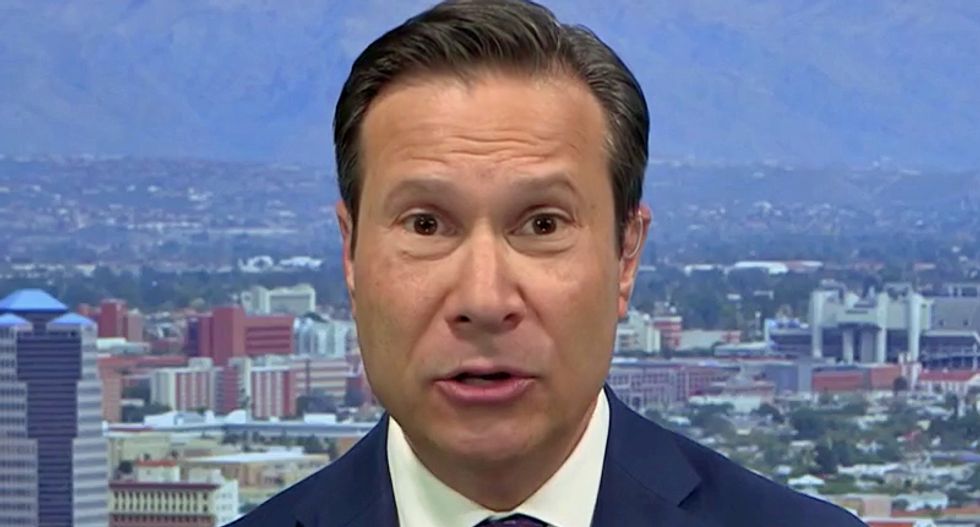 "Two developing stories in the Russia investigation -- both pertaining to individuals who participated in the now-infamous Trump Tower meeting, the one in which Donald Trump, Jr. was promised dirt on Hillary Clinton and giddily accepted the offer to meet with Russians," host Nicolle Wallace reported.

"One of the participants, Russian Natalya Veselnitskaya, was charged with obstructing a money laundering investigation by the Justice Department," she noted. "We're going to get to that story in a moment."

"But we start with Donald Trump's former campaign chairman, Paul Manafort, and brand-new information about just what he lied about to special counsel Robert Mueller," she continued. "Paul Manafort -- who awaits sentencing -- allegedly lied to special counsel Robert Mueller's investigators about sharing polling data related to the 2016 presidential campaign with a Russian operative."

"Could Paul Manafort sharing polling data from the Trump campaign with a Russian operative be that link between the conspiracy and the Trump orbit?" Wallace asked Figliuzzi.

"We got a significant revelation today and it's the result of an apparent error and inability of Manafort's lawyers to cut and paste properly or use black magic marker because now we know precisely what Manafort is accused of lying about," Figliuzzi explained.

Later in the segment, Wallace asked, "what exposure Donald Trump could have if it is revealed that he had any knowledge of any piece of this?"

"Well, we're talking about the President's chairman of his campaign, so it's literally one step away from the candidate, himself," Figliuzzi replied.

He said the key question is if Manafort passed on information to Trump.

"It's likely it did, and that's where you're going to see this conspiracy, this criminal conspiracy, that we call collusion, being levied upon the president," he noted.

"And now the light bulb is going on as to why Manafort is choosing not to fully cooperate -- this is just too explosive and too close to the president, himself," he concluded.