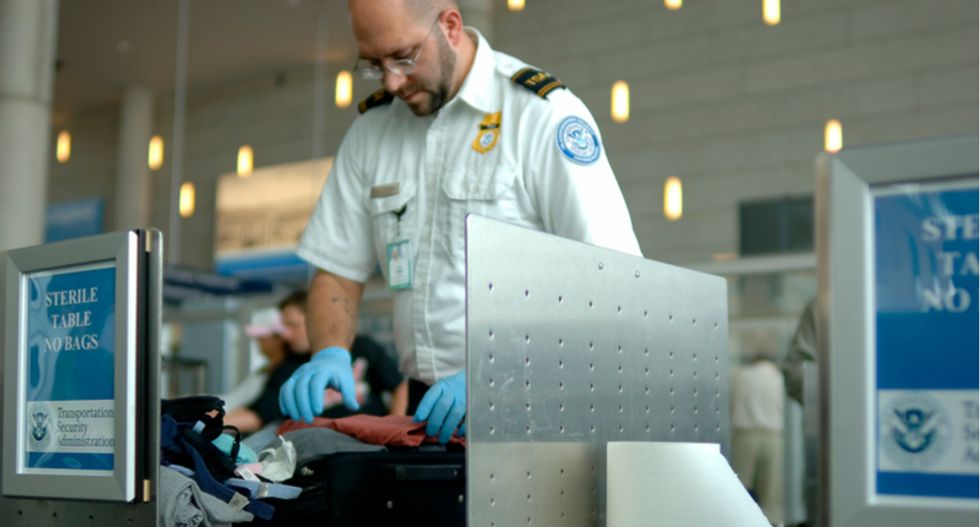 A TSA agent inspects luggage at an airport. Image via Shutterstock.

Federal Aviation Administration employees have been warned not to engage in "partisan political activity" as Donald Trump's government shutdown over his border wall rages on.

TYT Investigates reported Wednesday that in an internal FAA email from January 9, FAA employees were reminded that they must "comport with governing rules and regulations."

“Employees are responsible for acquainting themselves with restrictions on partisan political activity and for not engaging in prohibited actions,” the email obtained by TYT Investigates read. “It is important to ensure that remarks made in any forum regardless if made in connection with work or by a person identified as an FAA employee, comport with governing rules and regulations.”

In another email, an FAA administrator told employees to "please be mindful of this guidance to avoid any unnecessary scrutiny."

"These people are not allowed to speak out," a source that spoke to TYT Investigates' Ken Klippenstein said. "They are expected to work without pay, though,”

In a reply-all response sent to thousands of colleagues, one employee argued: “Isn’t there also guidance about getting paid to work and forcing folks to work without pay being illegal?”

News of the internal emails comes after reports about TSA employees playing uncensored hip-hop over the loudspeakers at New York's JFK airport emerged.