Fox host berates GOPer over wall: 'You're telling me in two years the White House couldn't come up with a plan' 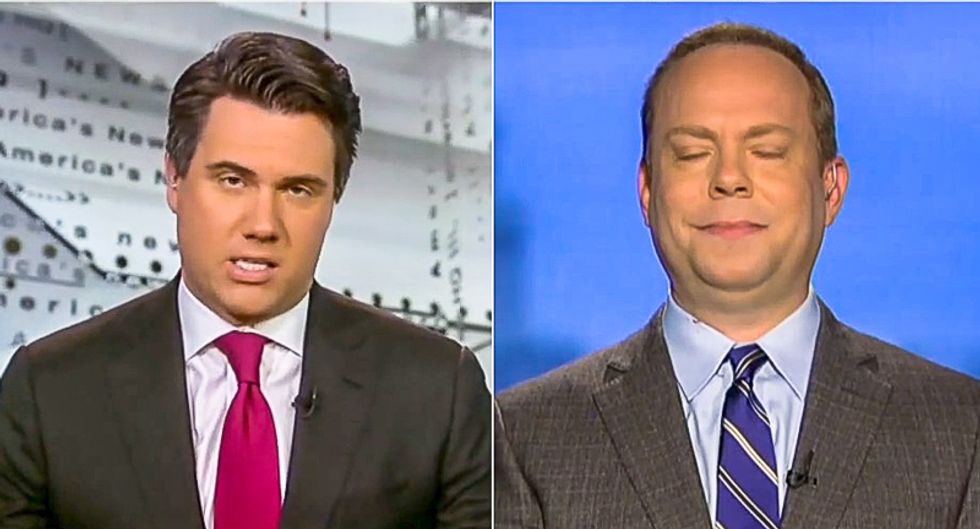 "That usually agrees to happen in Washington," Vittert said, speaking about a border wall compromise, "especially where they agree to spend more of our money."

"This brings up an important point though of what does this wall look like?" the Fox News host continued. "We haven't heard that from the administration. We've seen some tweets from the president that have steel slats with spikes on top, he's talked about how it's going to be. It will be big, it's going to be beautiful, it's going to do all these things."

"But even Republicans in Congress have told me, 'Look, it would be a lot easier to fight Democrats on this if we actually had a plan -- and that we're going to have a concrete wall from here to here, we're going to have a wall with slats so Border Patrol can see through it from there to there, etc.,'" the Fox News host noted.

"The problem for the administration is there are so many variables," Mark agreed. "It's not just a matter of construction, it's environmental rules, it's eminent domain, actually the government taking properties from private land owners."

"This is the president of the United States' signature domestic policy," Vittert interrupted. "That and probably repeal and replace of Obamacare that he campaigned on. It's been two years, are you telling me in two years, DHS and the White House couldn't come up with this plan and say, 'Here's the plan for the wall. Now go enact it, Congress.'"

"I don't think for the Trump administration it's really about those kinds of specifics," Mark conceded. "It's about telling his political base they are working on a wall, whether it's metaphorical -- parts of the U.S.-Mexico border literally could not have a wall because it's along the Rio Grande."

"This going back to the point," Vittert observed. "Governing is actually in the details. You'd think that Republicans would have learned that -- repeal and replace Obamacare, where they talked about it so many years, but when it came time to repeal it and replace it, they didn't have any replacement."

WATCH: Ron DeSantis squirms after being asked whether Trump is a good role model for kids

Political frenemies Ron DeSantis and Donald Trump are each vying to be the top Republican in Florida.

"For months, former President Donald J. Trump has been grumbling quietly to friends and visitors to his Palm Beach mansion about a rival Republican power center in another Florida mansion, some 400 miles to the north. Gov. Ron DeSantis, a man Mr. Trump believes he put on the map, has been acting far less like an acolyte and more like a future competitor, Mr. Trump complains," The New York Times reported Sunday.