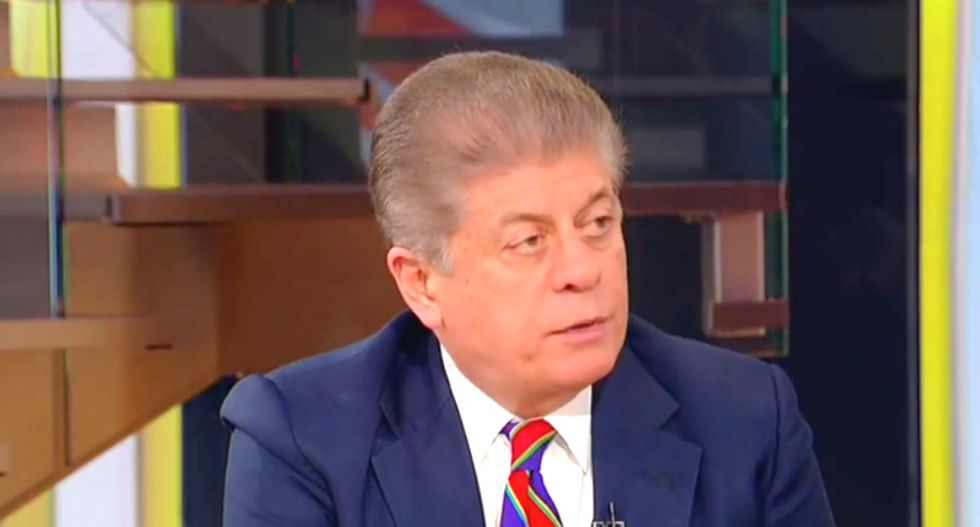 "But there's simply no obligation on the part of Bob Mueller to share it with them," he added. "Bob Mueller's duty is to the person who appointed him, Rod Rosenstein or, now Rod Rosenstein's boss, acting attorney general Matthew Whitaker and perhaps the House of Representatives. But not Rudy Giuliani."

Faulkner responded that frequent Fox News contributor Alan Dershowitz disagreed with Napolitano, and had recently argued that the White House should demand a copy of the report before publication.

"I agree that the White House should demand it, but I also state that the government has no obligation to give it to them, nor should they," Napolitano shot back. "If I were the prosecutor, I wouldn't give the defendant a chance to edit my work before I release it to the people who engaged me."