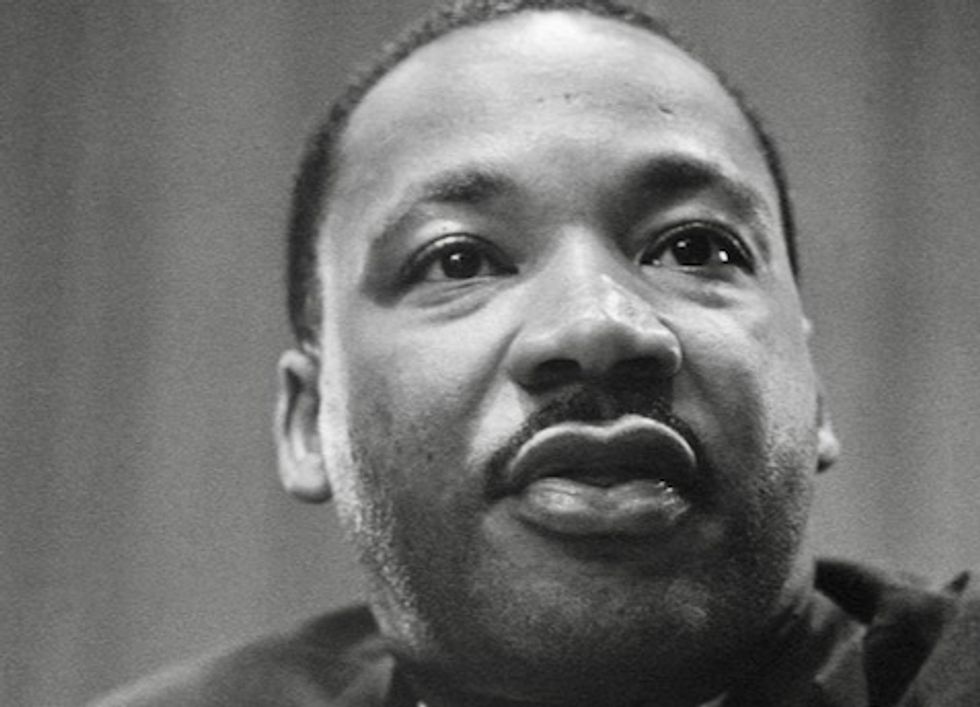 The National Rifle Association is being criticized for posting a tweet co-opting the memory and legacy of Dr. Martin Luther King, Jr. to advocate for concealed carry permits.

"Today, the men and women of the NRA honor the profound life and legacy of Dr. Martin Luther King Jr.," the tweet, which includes a GIF of Dr. King, begins. "Dr. King applied for a concealed carry permit in a 'may issue' state and was denied. We will never stop fighting for every law-abiding citizen's right to self-defense."

Some noted that the NRA has ignored the killings and murders of Black people who legally were carry registered guns, like Philando Castile. Castile was shot dead by a police officer after telling the cop he had a gun. Castile's girlfriend was live-streaming the interaction with police on Facebook, and despite shooting Castile seven times, the officer was acquitted. The NRA said nothing until weeks after the verdict.

Others accused the NRA of being in bed with Russia. The gun lobbying group has admitted to taking money from Russia-linked donors. Russia is a hostile foreign power that attacked the U.S. election system in 2016, and has worked for years, before and since, to disrupt American democracy.

In just five hours the NRA tweet has received nearly 900 comments, the vast, vast majority of them attacking the gun lobbying organization.