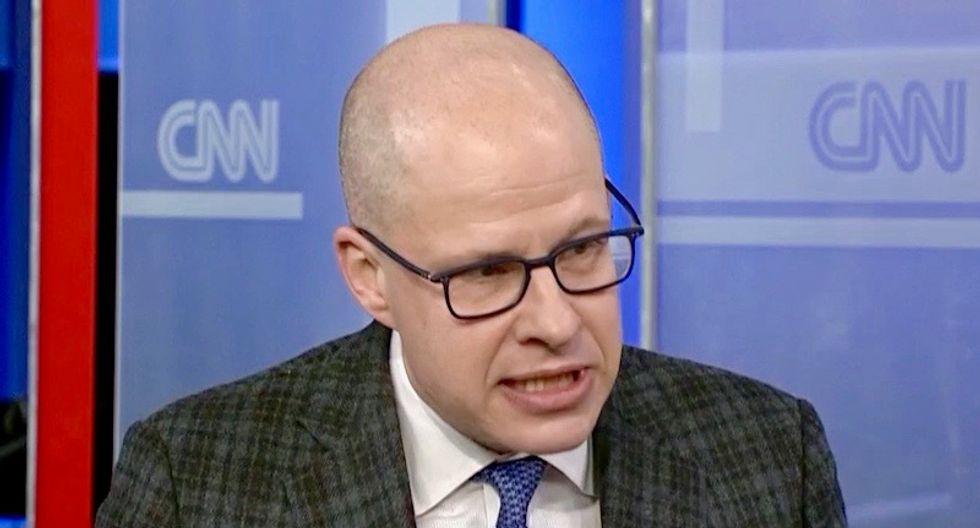 On Thursday, conservative commentator Max Boot ripped both Republicans and Democrats for not acting like adults. President Donald Trump lashed out at House Speaker Nancy Pelosi by canceling her overseas Congressional trip.

Since the government has been shut down for over three weeks, Boot said the ping-pong politics is not helping the American people.

"There needs to be some adult supervision in Washington but there's very little. There's a lot of political gamesmanship and the nation's business is not getting done," Boot told CNN's Brooke Baldwin on Thursday. "President Trump is ultimately responsible for this. He set this fiasco in motion. There's not a border crisis and even if there [was] the wall would not be the solution."

Boot added, "Now we're having the government shut down for almost four weeks because of this unreasonable demand. This is just the height of irresponsibility for the president."

Boot then explained that Republicans and Democrats should act like adults and not wait for Trump to reopen the government.

"Why is everybody dependent on President Trump? We have seen he has no interest in making a deal," he said.

"Because he has the power to say no," Baldwin said.

"He doesn't really have the power if Congress overrides him by a two-thirds majority in both Houses. So why don't the adults in the room if there are any left on the Republican and Democratic sides get together and say 'forget this we don't need the president.' The president is basically the hostage of his base," he said.