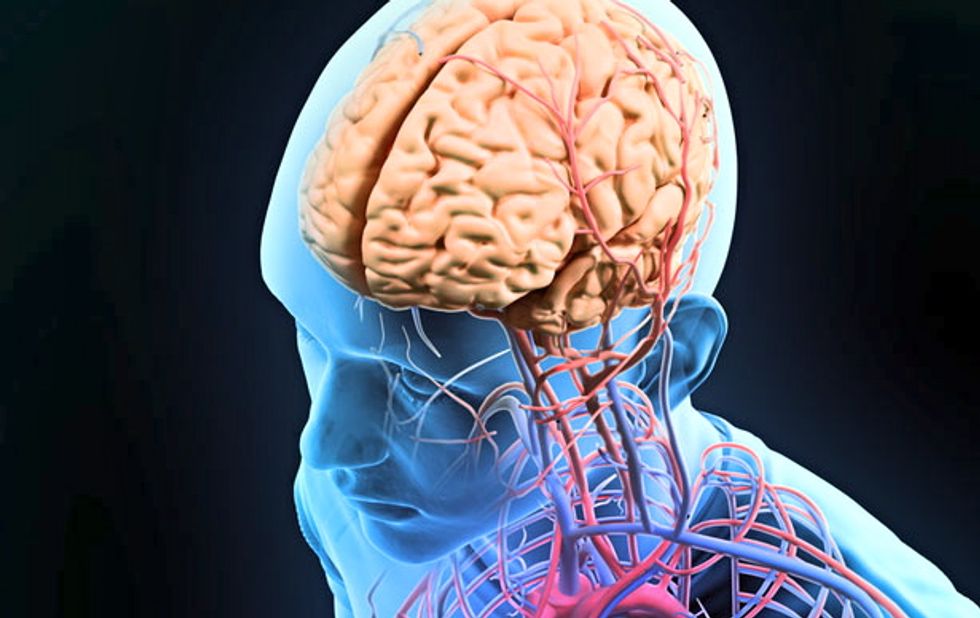 A mark on a page, an online meme, a fleeting sound. How can these seemingly insignificant stimuli lead to acts as momentous as participation in a racist rally or the massacre of innocent worshippers? Psychologists, neuroscientists, linguists and philosophers are developing a new theory of language understanding that’s starting to provide answers.

Current research shows that humans understand language by activating sensory, motor and emotional systems in the brain. According to this new simulation theory, just reading words on a screen or listening to a podcast activates areas of the brain in ways similar to the activity generated by literally being in the situation the language describes. This process makes it all the more easy to turn words into actions.

As a cognitive psychologist, my own research has focused on developing simulation theory, testing it, and using it to create reading comprehension interventions for young children.

Simulations are step one

Traditionally, linguists have analyzed language as a set of words and rules that convey ideas. But how do ideas become actions?

Simulation theory tries to answer that question. In contrast, many traditional theories about language processing give action short shrift.

Simulation theory proposes that processing words depends on activity in people’s neural and behavioral systems of action, perception and emotion. The idea is that perceiving words drives your brain systems into states that are nearly identical to what would be evoked by directly experiencing what the words describe. 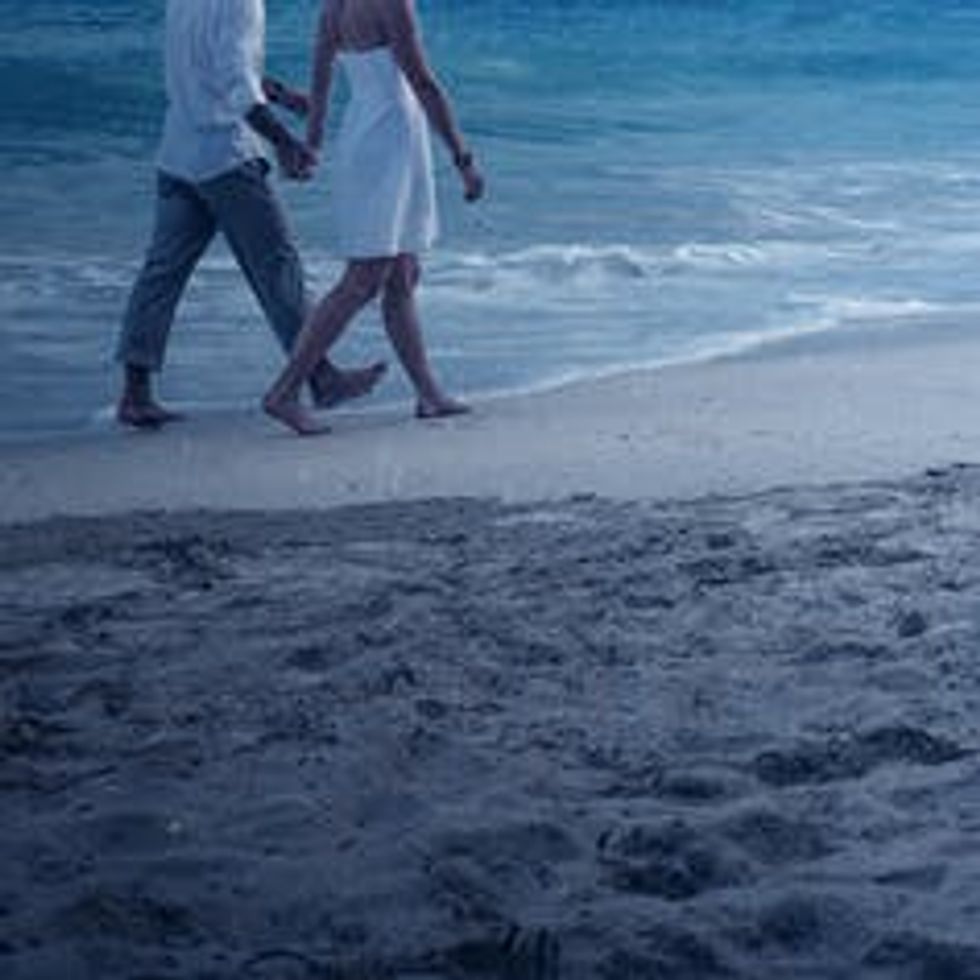 When you read the sentence, your mind simulates what it would be like to actually live through the experience.

Consider the sentence “The lovers held hands while they walked along the moonlit tropical beach.” According to simulation theory, when you read these words, your brain’s motor system simulates the actions of walking; that is, the neural activity elicited by comprehending the words is similar to the neural activity generated by literal walking. Similarly, your brain’s perceptual systems simulate the sight, sounds and feel of the beach. And your emotional system simulates the feelings implied by the sentence.

So words themselves are enough to trigger simulations in motor, perceptual and emotional neural systems. Your brain creates a sense of being there: The motor system is primed for action and the emotional system motivates those actions.

Then, one can act on the simulation much as he’d act in the real situation. For example, language associating an ethnic group with “bad hombres” could invoke an emotional simulation upon seeing members of the group. If that emotional reaction is strong enough, it may in turn motivate action – maybe making a derogatory remark or physically lashing out.

Although simulation theory is still under scientific scrutiny, there have been many successful tests of its predictions. For example, using neuroimaging techniques that track blood flow in the brain, researchers found that listening to action words such as “lick,” “pick” and “kick” produces activity in areas of the brain’s motor cortex that are used to control the mouth, the hand and the leg, respectively. Hearing a sentence such as “The ranger saw an eagle in the sky” generates a mental image using the visual cortex. And using Botox to block activity in the muscles that furl the brow affects the emotional system and slows understanding of sentences conveying angry content. These examples demonstrate the connections between processing speech and motor, sensory and emotional systems.

Recently, my colleague psychologist Michael McBeath, our graduate student Christine S. P. Yu and I discovered yet another robust connection between language and the emotional system.

Consider pairs of single-syllable English words that differ only in whether the vowel sound is “eee” or “uh,” such as “gleam-glum” and “seek-suck.” Using all such pairs in English – there are about 90 of them – we asked people to judge which word in the pair was more positive. Participants selected the word with the “eee” sound two-thirds of the time. This is a remarkable percentage because if linguistic sounds and emotions were unrelated and people were picking at the rate of chance, only half of the “eee” words would have been judged as the more positive. 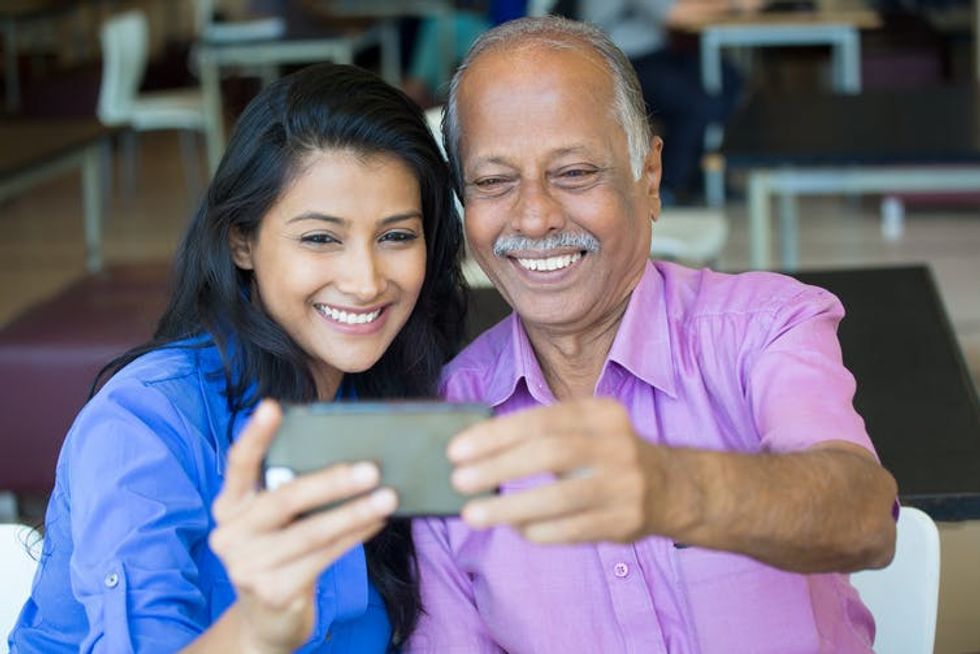 Just activating your smile muscles tilts your emotions toward the positive.

We propose that this relation arose because saying “eee” activates the same muscles and neural systems as used when smiling – or saying “cheese!” In fact, mechanically inducing a smile – as by holding a pencil in your teeth without using your lips – lightens your mood. Our new research shows that saying words that use the smile muscles can have a similar effect.

We tested this idea by having people chew gum while judging the words. Chewing gum blocks the systematic activation of the smile muscles. Sure enough, while chewing gum, the judged difference between the “eee” and “uh” words was only half as strong. We also demonstrated the same effects in China using pairs of Mandarin words containing the “eee” and “uh” sounds.

Of course, motivating someone to commit a hate crime requires much more than uttering “glum” or “suck.”

But consider that simulations become quicker with repetition. When one first hears a new word or concept, creating its simulation can be a mentally laborious process. A good communicator can help by using hand gestures to convey the motor simulation, pointing to objects or pictures to help create the perceptual simulation and using facial expressions and voice modulation to induce the emotional simulation.

It makes sense that the echo chamber of social media provides the practice needed to both speed and shape the simulation. The mental simulation of “caravan” can change from an emotionally neutral string of camels to an emotionally charged horde of drug dealers and rapists. And, through the repeated simulation that comes from repeatedly reading similar posts, the message becomes all the more believable, as each repetition produces another instance of almost being there to see it with your own eyes.

Psycholinguist Dan Slobin suggested that habitual ways of speaking lead to habitual ways of thinking about the world. The language that you hear gives you a vocabulary for discussing the world, and that vocabulary, by producing simulations, gives you habits of mind. Just as reading a scary book can make you afraid to go in the ocean because you simulate (exceedingly rare) shark attacks, encountering language about other groups of people (and their exceedingly rare criminal behavior) can lead to a skewed view of reality.

Practice need not always lead down an emotional rabbit hole, though, because alternative simulations and understandings can be created. A caravan can be simulated as families in distress who have the grit, energy and skills to start a new life and enrich new communities.

Because simulation creates a sense of being in a situation, it motivates the same actions as the situation itself. Simulating fear and anger literally makes you fearful and angry and promotes aggression. Simulating compassion and empathy literally makes you act kindly. We all have the obligation to think critically and to speak words that become humane actions.