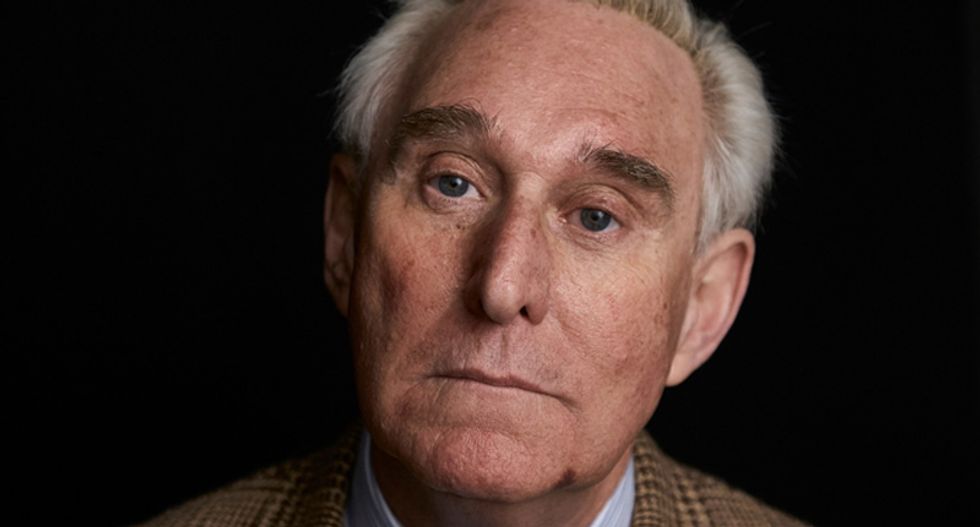 Roger Stone at Book Signing Party for "The Making of the President 2016: How Donald Trump Orchestrated a Revolution". (Cornelius O'Donoghue / Shutterstock.com)

On Tuesday, GOP operative Roger Stone pled not guilty to charges related to Special Counsel Robert Mueller's investigation into Russian interference in the US elections.

Among the charges, federal prosecutors claimed that a higher up in the campaign got in touch with Stone and asked him if he had more damaging information about Hillary Clinton.

“After the July 22, 2016 release of stolen DNC emails by Organization 1 [believed to be WikiLeaks], a senior Trump Campaign official was directed to contact STONE about any additional releases and what other damaging information [WikiLeaks] had regarding the Clinton Campaign,” the indictment reads.

"It seems that only an even more senior campaign official would wield this power. Steve Bannon? Paul Manafort? Trump himself? The list of possibilities is a short one," she writes.

She notes that there are several potential criminal acts that might implicate Trump himself. "Second, what is the significance of this act? If a member of the campaign, or Trump himself, directed Stone to work with WikiLeaks to influence the election, this act could amount to a violation of campaign finance laws. It is a crime to solicit a thing of value from a foreign national to benefit a campaign."

"Finally, why was this allegation included in an indictment alleging fairly narrow crimes of obstruction of proceedings, false statements and witness tampering? A clue appears in paragraph 2, which states that in June 2016, the DNC “publicly announced that it had been hacked by Russian government actors,” she writes.

She concludes that signs point to top officials that may be indicted in a conspiracy and reminds readers of an important characteristic of conspiracy charges: the conspiracy does not need to have been successful to be a crime.

"A conspiracy is simply an agreement to commit a crime, and the agreement need not even succeed to violate the law," she writes.

"It would not take much additional evidence to support charges that supersede the existing GRU indictment and add as defendants anyone who participated in this conspiracy to defraud the United States by interfering with the fair administration of elections."

"Unless, of course, the person who did the directing is He Who Cannot Be Charged," she concludes.