'It’s infuriating': Trump county turns on the president over cancer 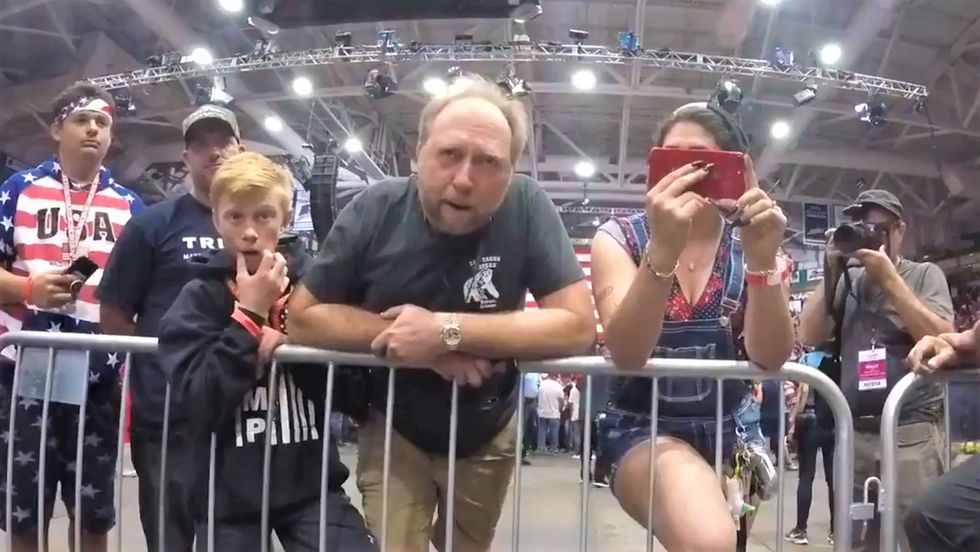 President Donald Trump may be losing support in at least one county that he won during the 2016 presidential election — and it's all because of his administration's anti-environmental agenda.

Dozens of parents of children in Indiana's Johnson County called for a federal investigation into why a toxic plume of trichloroethylene, or TCE, continues to exist underground due to an old industrial site in the county seat of Franklin and is allowed to contaminate residents' homes, according to The New York Times. This is in spite of the fact that Trump has long emphasized his disdain for the Environmental Protection Agency, a policy that he emphasized when he hired anti-environmentalists Scott Pruitt and Andrew Wheeler to lead the organization. Trump's slashing of environmental regulations has even prompted many career EPA employees to resign in protest, with one former employee claiming that to Trump "kids are disposable," and Trump has suppressed work like his own administration's climate change report when it contradicts his pro-business agenda.

While the TCE problems in Johnson County precede the Trump administration itself, its anti-environmentalist approach to pollution has stood in the way of matters being effectively addressed. The New York Times report offered a harrowing description of the human consequences of that type of anti-environmentalism:

The children fell ill, one by one, with cancers that few families in this suburban Indianapolis community had ever heard of. An avid swimmer struck down by glioblastoma, which grew a tumor in her brain. Four children with Ewing’s sarcoma, a rare bone cancer. Fifteen children with acute lymphocytic leukemia, including three casesdiagnosed in the past year.

The piece also elaborated on the difference between Trump's EPA and the agency's approach to this issue under his predecessor, President Barack Obama.

Declaring TCE “carcinogenic to humans by all routes of exposure,” the Obama administration had sought to restrict two of its riskiest uses, as a stain remover and as a degreaser, and had marked it for further review, potentially to ban the chemical altogether. It had also moved to strengthen cleanup rules for hundreds of sites nationwide believed to be contaminated.

But at the urging of industry groups, the Trump administration has stalled some of those moves. In 2017 it indefinitely postponed the proposed bans on risky uses, leaving as many as 178,000 workers potentially exposed. It also scaled back a broad review of TCE and other chemicals so that it would exclude from its calculations possible exposure from groundwater and other forms of contamination — the problems present in Franklin.

Stacie Davidson, a Trump voter whose stepson is in remission for a rare form of leukemia, became so fed up of Trump's "loosening of E.P.A. regulations" that she joined with someone who did not vote for the president in a county that overwhelming went for Trump in 2016 to form an advocacy group that is now calling for a federal investigation by the EPA’s Office of Inspector General.

“We should not have to fight Republicans or Democrats to save our children. It’s not a political fight for us,” Davidson told the Times.

"it’s infuriating,” she continued. “We’re ruining the environment for money.”

"This Administration would have the public believe that pollution is good and government life-saving regulations are bad. Nothing could be further from the truth," Mike Mikulka, President of the American Federation of Government Employees Local 704, told Salon in October when discussing Trump's decimation of the EPA. "The bulk of the American public supports the mission of the EPA and the life-saving regulations that have been put in place. The current direction seems to have veered off the tracks and seems bent on supporting corporate interests over public interests."

He added, "In spite of opinions to the contrary, corporations are not persons and are beholden to their shareholders for profits, not environmental protection. That is the mission of the EPA: to protect human health and the environment. So, to make EPA more responsible to the environment and the American people, return to the mission that the Agency was established to perform. Get back on that track. If a regulation does not protect human health and the environment, don't propose it under a deceptive name to try and fool the public into believing it is something that is good for Americans. That's not good government."