Ivanka pinning hopes on selling her damaged brand overseas now that the Trump name is toxic in the US: report 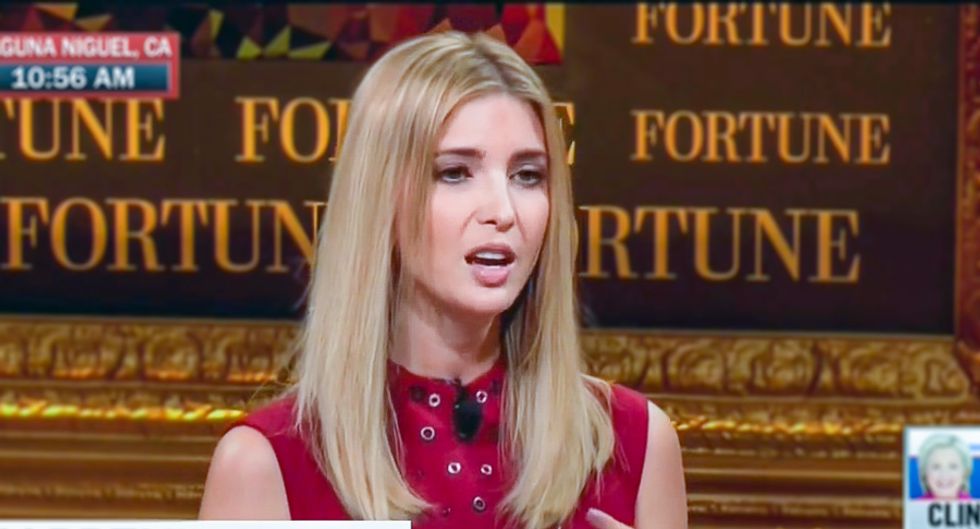 According to a report in the Daily Beast, Ivanka Trump is using her influence to land as many overseas trademarks that she can before her father, President Donald Trump either loses re-election or is removed from office.

On January 21, the president's daughter -- who serves as an unpaid White House adviser -- was granted five new trademarks in China that she has been seeking since 2017.

Since Ivanka's brand cratered in the U.S. after her father was elected -- with high-end retailer Nordstrom dropping her clothing line which drew the president's ire -- only to have a snowball effect as other retailers pulled the line -- Trump's daughter has looked elsewhere to ply her wares when she inevitably moves back to Manhattan and resumes her fashion career.

Prior to the collapse of her brand in the U.S., Ivanka had her share of legal difficulties.

"Even before Ivanka Trump, the brand, took a hit through association with Donald Trump, the president, the former model never attained true fashion clout," the Beast reports. "In 2011, designer Derek Lam sent Ivanka a cease and desist letter, accusing her team of ripping off a pair of black wedge heels. As Derek Lam CEO Jan-Hendrik Schlottmann put it, 'We have seen very similar copies before but we have never seen a shoe that perfectly copied [ours].'"

The report states that her line of apparel never sold based upon fashion, but instead traded on her father's famous name that has seen its value decline during his two years as a highly controversial president, until she eventually suspended operations.

"Her line was less of a collection and more of a parade of sterile sheath dresses in varying pastel shades," Demopoulos wrote, with American Fashion Podcast host Charles Beckwith adding, "Her brand was never what anyone stylish would call fashion. That wasn’t her thing. She traded on her name and sold something that people could already find somewhere else.”

With the U.S market perhaps lost forever, Ivanka is now looking to China where she remains popular.

“She’s quite popular in China,” explained Amy Hsiao, an expert on Chinese trademark law. “She’s seen as an independent woman," with the Beast noting that she is known in some quarters overseas as the “Goddess Ivanka.”

As part of her report, Demopoulos got a dig in over the lack of popularity for Ivanka Trump-branded apparel in the U.S., pointing that there are still  deeply discounted dresses bearing her name at Macy's "nearly half a year after Trump shuttered, they show no signs of selling out."