Kamala Harris rains hell on Trump's 'lies' about border: 'This is a vanity project for this president' 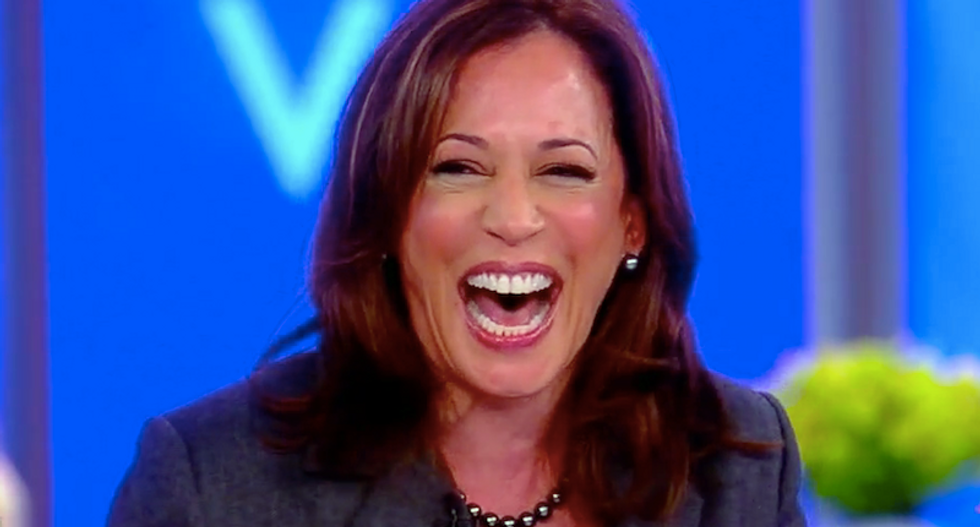 The California Democrat said she has not yet decided whether to run for president, but she planned to challenge Trump's lies as he seeks congressional funding for his proposed border wall.

"We have to keep speaking truth, there's no question," Harris said. "When faced with a lie, we have to speak truth."

Harris said the president and his administration had rigged up phony claims about immigration ahead of the midterm elections, and they were doing it again to justify the wall.

"We're two years into an administration that has proven itself that there are statements that are being made that are simply just not the truth, and are frankly -- and are frankly often, especially leading up to the midterm, pardon the term, propaganda," she said. "We have to call it what it is, and again, the American public deserves better. We have enough problems, one doesn't need to create a problem."

Trump has run into trouble fulfilling his defining campaign promise to build a wall paid for by Mexico, Harris said, and now he is trying to get Congress to bail him out.

"This issue is about a vanity project for this president, and it is a problem of his own making," Harris said. "Listen, when I travel this country, folks have plenty enough problems that they need their president to focus on instead of a wall."

"By the way, because I was a prosecutor for many years, including the attorney general of California, (and) I specialized on transnational criminal organizations," she added. "That wall ain't gonna stop them."

The View Top Stories
Report typos and corrections to: corrections@rawstory.com.
Like this article ? Text `Support` to 50123 to donate.
READ COMMENTS - JOIN THE DISCUSSION