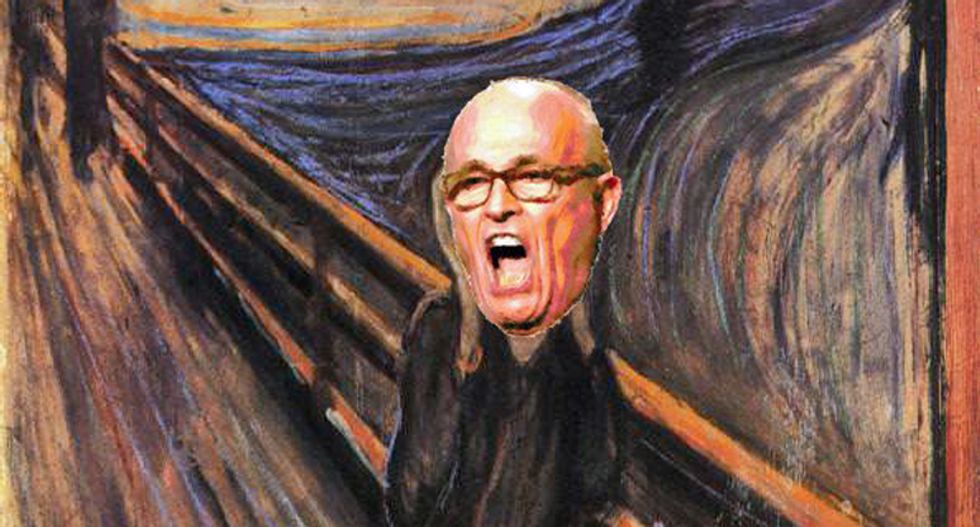 Defense lawyer Rudy Giuliani was ridiculed by late night comedians for his vivid facial expressions during a Wednesday interview.

Trevor Noah, host of "The Daily Show," suggested Giuliani only has three facial expressions -- which are all related to Dracula.

Stephen Colbert, host of "The Late Show," photoshopped Giuliani onto the 1893 painting 'The Scream' by Edvard Munch.