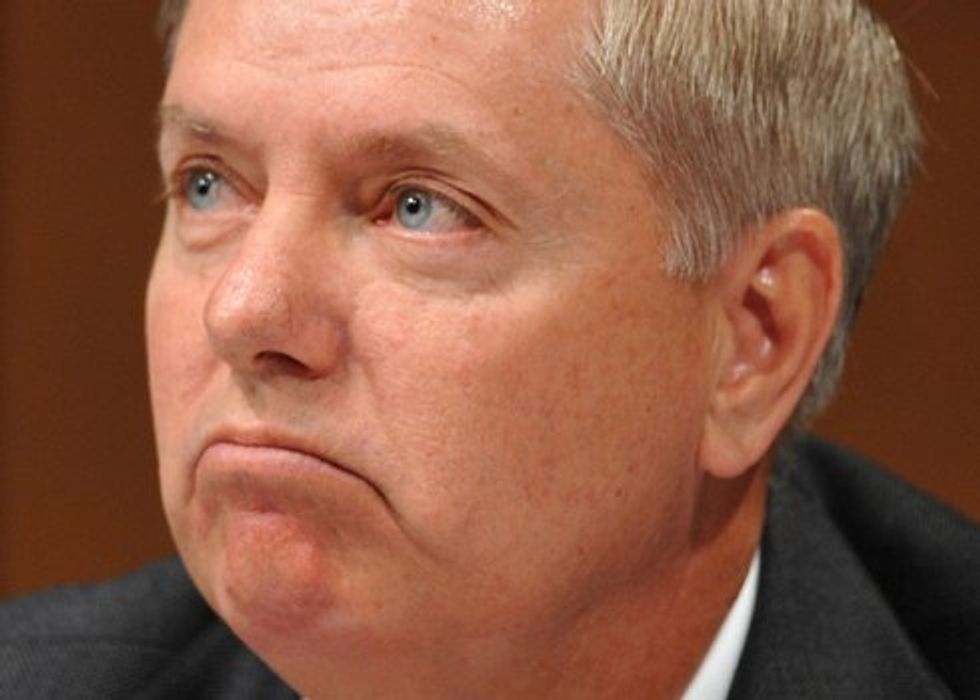 In a stunningly devastating column from political observer George Will, the longtime conservative writer took Sen. Lindsey Graham (R-SC) to the woodshed for sacrificing everything he supposedly believes in to serve the whims of President Donald Trump.

In blunt terms, Will asked why Graham even decided to become a lawmaker since it has become apparent he holds no firm beliefs other acquiring power and wielding it.

"Back in the day, small rural airports had textile windsocks, simple and empty things that indicated which way the wind was blowing," the Washington Post columnist began. "The ubiquitous Sen. Lindsey O. Graham has become a political windsock, and as such, he — more than the sturdy, substantial elephant — is emblematic of his party today."

"In 2015, he said Donald Trump was a 'jackass.' In February 2016, he said: 'I’m not going to try to get into the mind of Donald Trump, because I don’t think there’s a whole lot of space there. I think he’s a kook, I think he’s crazy, I think he’s unfit for office.'," Will recalled before adding, "Today, Graham, paladin of conservatism and scourge of opportunism, says building the border wall is an existential matter for the GOP: 'If we undercut the president, that’s the end of his presidency and the end of our party.' Well."

According to Will, Graham's biggest sin -- to date -- is his belief that Trump should bypass Congress and declare a national emergency in order to get his vanity project border wall built.

"Stay focused on this: Anyone — in Graham-speak, ANYONE — who at any time favors declaring an emergency, or who does not denounce the mere suggestion thereof, thereby abandons constitutional government," he wrote.

Then he dropped a bomb on Graham.

"Why do they come to Congress, these people such as Graham?" Will asked. "These people who, affirmatively or by their complicity of silence, trifle with our constitutional architecture, and exhort the president to eclipse the legislative branch, to which they have no loyalty comparable to their party allegiance?"

Seven times, Graham has taken the oath of congressional office, 'solemnly' swearing to 'support and defend the Constitution' and to 'bear true faith and allegiance' to it, 'without any mental reservation'," Will charged. "Graham, who is just 1 percent of one-half of one of the three branches of one of the nation’s many governments, is, however, significant as a symptom."

"When the Trump presidency is just a fragrant memory, the political landscape will still be cluttered with some of this president’s simple and empty epigones, the make-believe legislators who did not loudly and articulately recoil from the mere suggestion of using a declared emergency to set aside the separation of powers," he concluded.