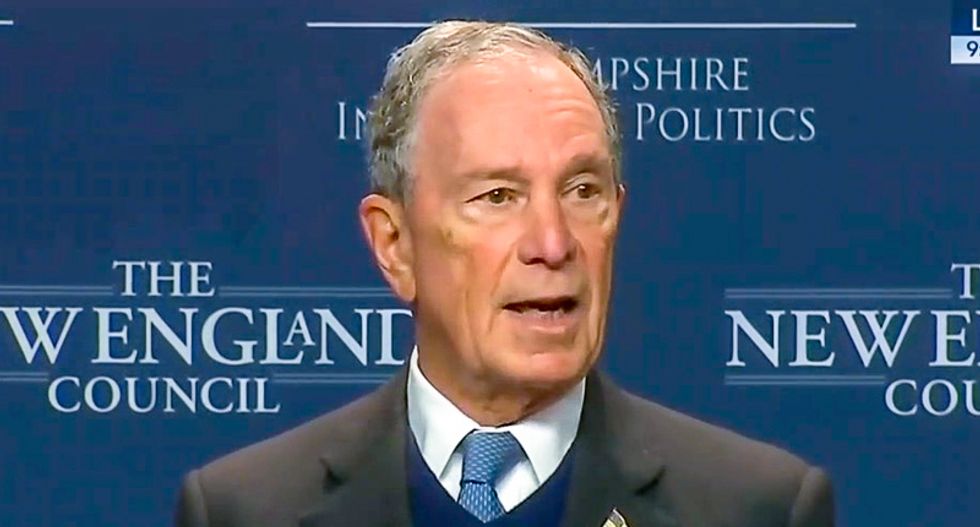 Former New York Mayor Michael Bloomberg on Tuesday tore into President Donald Trump for refusing to believe a climate change report produced by his own government.

Speaking at the New Hampshire Institute of Politics, Bloomberg called out Trump after he said that he did not believe the Fourth National Climate Assessment, which projects economic losses to "reach hundreds of billions of dollars by the end of the century."

"Unfortunately, we don't have a president that sees it that way," Bloomberg said on Tuesday. "He failed at business and now I think it's fair to say he's failing at government."

"His own administration produced a damaging report saying we face substantial damage to the U.S. economy, environment and human health from climate change, you know what the president said in response? 'I don't believe it,' he said," the former New York mayor continued. "How can you possibly not believe it. I hate to break this to you, Mr. President, but if you don't believe in science, don't go to the doctor, don't get on an airplane, don't talk on the phone and don't even think about tweeting."

"Wouldn't that be nice?" Bloomberg laughed.

Watch the video below from C-SPAN 2.