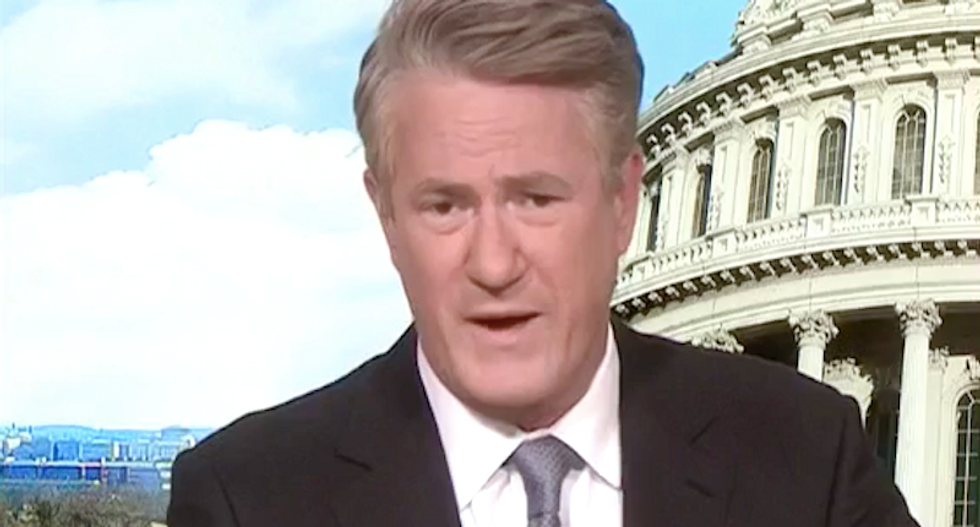 MSNBC's Joe Scarborough called out Vice President Mike Pence for lying about a "crisis" on the southern border to justify the ongoing government shutdown.

The "Morning Joe" host said statistics don't back up claims by President Donald Trump and his administration about immigrants attempting to cross the border illegally, and he said the vice president should know better.

"You can look at government statistics to see that, in fact, the number is, as we say on this show and we've been saying during the campaign, there's actually a negative net flow going back into Mexico," Scarborough said. "You could literally go line by line by line, the president talking about applying for citizenship at the southern border. That's not where you apply for citizenship at the southern border."

The president has tied a government funding bill to his border wall, which was reportedly cooked up by campaign advisers as a "mnemonic device of sorts" to help Trump remember to focus on illegal immigration during rallies.

"Their entire ruse of this wall, which we found out in fact was just a memory device so the president would remember to talk about illegal immigration -- it's all a farce," Scarborough said. "It's all the little fat guy behind the curtain in 'The Wizard of Oz,' except he's no wizard, he's a shameless reality TV game host turned demagogue and our country is in a shutdown because of it."